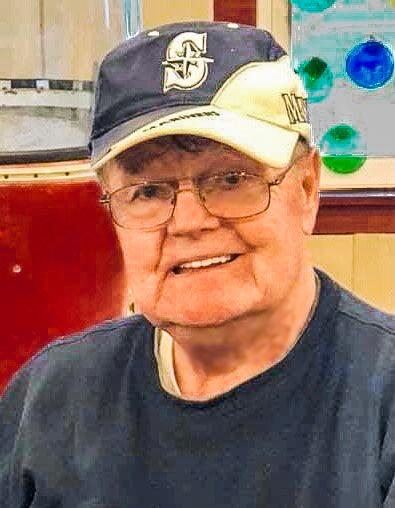 Bob Viens died at home in Richland, WA, on November 23.

He was born in Northfield, Vermont, the 8th of 9 children of Alice Philip and Joseph M. Viens.  Bob was schooled in Northfield, including 2 years at Norwich University, a Military College.

Bob began his 14-year military career in 1958.  He became a commissioned officer in 1961 and served three tours of duty in Vietnam.  Captain Viens received 3 Bronze Stars, 2 Air Medals, an Army Commendation Medal, and a Purple Heart.

After leaving the Army, Bob worked several years as a construction engineer in Toledo, Ohio.   In 1975, the family moved to Richland and he began a 25-year career as a quality engineer and manager.  Esther died in 1978.

He married Nancy Conrad of Richland in 1979 and added Scott and Marcy Conrad to the family.    Bob and Nancy relocated several times for his work and made many friends during their years in Illinois and Tennessee.

After he retired in 2000, they relocated in Richland and Bob concentrated on the things he loved to do: travel with Nancy, shoot pool, garden, collect and build model trains, finish jigsaw puzzles, and do sudoku.

Family remember Bob’s strong work ethic, his kind heart and sense of humor and his strong belief in service to family and country.  This decorated soldier was also a dad who let his small daughter stand on his shoes so they could dance together.   He loved Christmas and would listen to country music carols while he decorated every inch of the house for the holiday.  His family delighted in seeing his and Nancy’s Christmas tree, complete with a miniature village and a model train that chugged around the base.

He is survived by his wife of 41 years, Nancy, children Annette McCulley (Winston), Rick Nowicki, Scott Conrad (Joclyn), and Marcy Northey, all from the Tri-Cities, sister Rosemary Frappier (Ray) of Woodsville, New Hampshire, and brother-in-law James King of Seattle.  He is also survived by 8 grandchildren, 8 great grandchildren and many nieces and nephews.