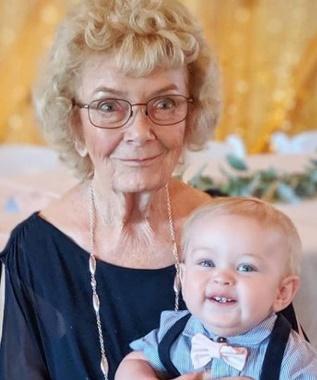 Janet was born on May 8, 1938 in Ellensburg, WA to Ted and Marie (McClure) Blades. She met and married Eugene Dale Ettles in the summer of 1956. In 1961, they found their forever home in Kennewick, WA, where they raised their daughters, Teresa and Shanda.

Janet worked at the Tri-City Herald for many years before becoming a Dietary Aide at Lourdes Medical Center, until her retirement at the age of 76. She spent her retirement reading hundreds of books on her iPad, gardening and spending time with family.

Janet was a beacon of light and the definition of unconditional love. While her physical presence will be greatly missed, her warmth will live on through all the lives she touched.

“You are the light of the world. A town built on a hill cannot be hidden. Neither do people light a lamp and put it under a bowl. Instead, they put it on its stand, and it gives light to everyone in the house. In the same way, let your light shine before others, that they may see your good deeds and glorify your Father in heaven.”
Matthew 5:14 – 5:16

A Celebration of Life will be held at a date to be determined.

A memorial donation may be made in Janet Ettles name to Chaplaincy Health Care at 1480 Fowler Street Richland, WA 99352 or at chaplaincyhealthcare.org or to your favorite charity.