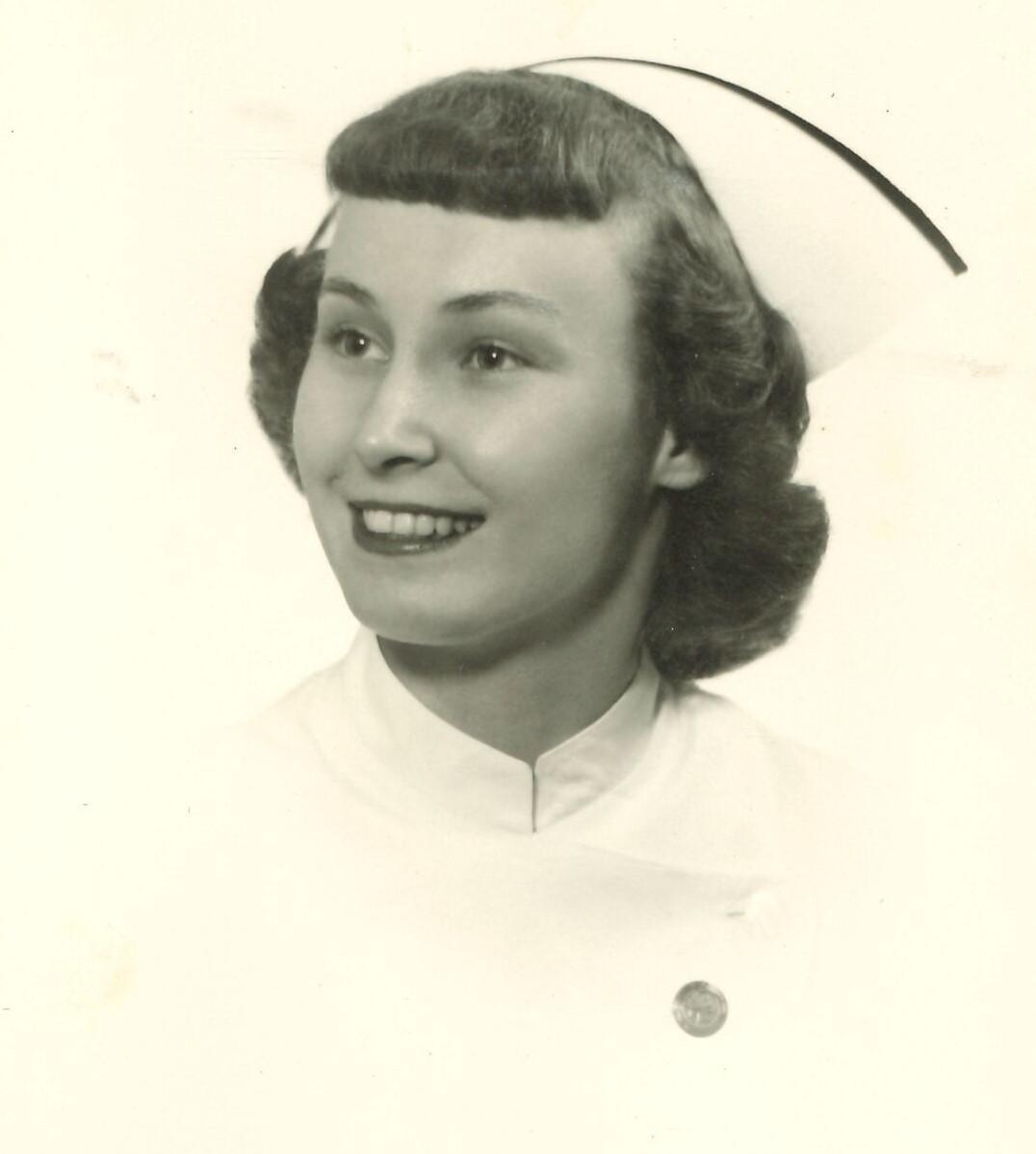 Anita was born in Duluth, Minnesota on December 25, 1930, to Maurice and Ida (Gullickson) Welsh.  She attended high school in Buhl, Minnesota graduating as salutatorian of her class.  She spent her summers on the family farm near Eckelson, North Dakota, staying with her beloved Aunt Gert and Uncle Ted.  She attended St. Mary’s College of Nursing in Fargo, North Dakota, working at an aunt and uncle’s diner in Fargo to pay for college.  After nursing school, Anita came to Kennewick with a girlfriend and her parents to visit their daughter/sister.  While here, they placed their applications at what is now Kadlec Hospital.  After returning home to North Dakota they were contacted and hired as nurses for the hospital.  She met her husband, Efthemois (Murph) Manolopoulos while he was a patient at the hospital.  After marriage, Anita stopped working and became a stay at home mom.  Life was simple in Richland at that time and days were spent chasing kids and attending church.  Summer vacations were always taken and driving, pitching a tent and eating out of a packed cooler was how it was done. The house was never locked when on vacation.  Mt. Rushmore, the Black Hills, Mt. Rainier, Vancouver, BC, Penticton, BC, Lake Chelan, Lake Wallowa were favorite places to visit.  One summer was spent driving across the US to visit relatives in the Midwest and Massachusetts then back home through Canada.  This was all done in a station wagon without air conditioning.  It was always said we had 4/80 air conditioning.  Roll all 4 windows down and drive 80 mph.  When Anita re-entered the workforce, she went to work for Dr. Corrado, an allergist in Richland.  After retirement, Anita went through a divorce and moved to Vancouver, WA.  She was very active in her church there and volunteered for cleaning the church and scheduling others to help with daily cleaning.  She also moved to a retirement community, had a home built and was active in this community.  She loved to travel and took trips offered through their activity organization. She went to Norway, Ireland, Germany.  One of her biggest highlights was visiting the church where her great-grandparents were married and buried in Norway. She also was an avid Senior Sneakers aerobics class participant and faithfully attended classes.  Anita spent her retirement years in Vancouver, WA, until dementia reared its ugly head.  She then returned to Richland to be closer to her family.