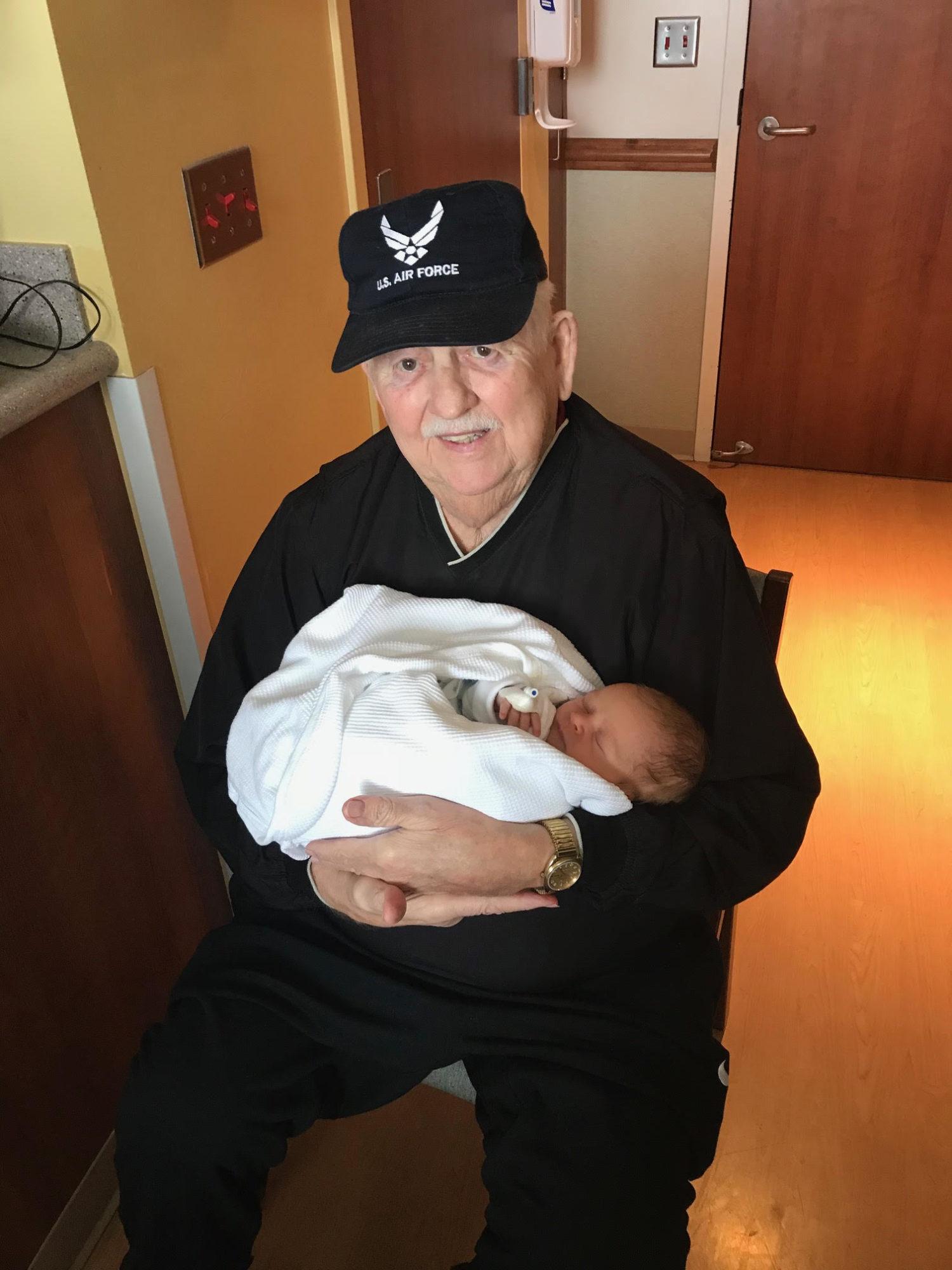 Russell W. Burks passed away peacefully at his home (the Clubhouse) in Richland on February 15, 2021. Russ was born in Edgewood, MO on September 28, 1938 to Samuel Burks and Edith Moore. He was the second youngest of seven Burks brothers and spent his childhood years in Ipava, Illinois. Russ moved to Richland with his mother and brothers at the age of 15 in 1955, where the Burks family proceeded to make a big name for themselves in the Tri-Cities community.

Russ was a tremendous athlete growing up. In 1952 he pitched the Ipava boys’ softball team to a state championship. He was also a standout basketball player for the Richland (Columbia High) Bombers and was the first transfer player to earn a starting spot for the Bombers under Art Dawald.  He was known as “Short Stuff” but he could jump high enough to dunk a volleyball and his large hands could easily palm a basketball. Russ also ran track for the Bombers and he was the starting point guard for the 1957 Bomber basketball team that won 22 straight games and was arguably one of the best teams in Bomber basketball history.

After graduating high school in 1957, Russ continued his basketball career at Columbia Basin College (CBC) and helped lead the team to a state title in 1958-1959. While attending CBC, Russ also worked in the family automotive business for Burks Bros. Texaco. In 1961, Russ enlisted in the United States Air Force and was Honorably Discharged in 1966. Russ also served in the Air Force Reserves and the Air National Guard, and he received a second Honorable Discharge from the Air National Guard in 1963.  He was very proud of his military service and for receiving two Honorable Discharges.

Russ continued to work in the automotive business and in 1972 he and his brother Frank purchased the Towne Crier Tavern in Richland. Russ soon became known as Chicken Russ for his famous broasted chicken, which was hands down the best chicken around. He cooked over 200 chickens per week and often received orders from out of town, including an order from Portland, OR where the customer flew to Richland to pick up an order to go.

Those who met Russ have heard him talk about dating several Miss Tri-Cities during his younger years as a bachelor. However, Diane DeGooyer (and her son Scott) was the one who eventually stole his heart. They married in 1973 and were blessed with a baby boy, Joel R. Burks (Joey), in 1976.

Russ continued to own and operate the Towne Crier until he and his brother Frank sold it in 1987. The two brothers and business partners also owned and operated Burks Bros. Conoco until they sold out in 1994. Russ and his brothers also purchased an apple orchard in south Kennewick and farmed the orchard from 1990-1996.  Although Russ retired from self-employment early, he continued to work seasonally for WSU Tri-Cities physical plant and the City of Richland Parks and Recreation department. Russ took pride in his work and was often commended by WSU staff and city officials for his relentless work ethic and fun personality. He was the first part-time employee for the City of Richland to receive the City Manager’s Medallion in 2004.

Throughout most of his life, Russ was an avid bowler and carried a 200 average for most of his career. Some of his bowling accolades include back-to-back 279 games, placing third in state in the ‘90s, and bowling in several pro-am tournaments. Russ also enjoyed playing softball, fishing, long road trips, horse races, boating, water skiing (while holding a beer and smoking a cigar!), watching his sons and granddaughters play ball, and spending time with his grandson Brody and spoiling him with candy.

Most importantly, Russ had a big heart and enjoyed spending quality time with family and countless friends, while socializing over a toddy. He literally had an open-door at his house, and always welcomed unannounced visitors into his home. His jovial personality, charm, love for others, and sense of humor were the traits that made Russ so endearing. Russ and those who knew him coined him the unofficial mayor of Richland, and he was considered a true legend. He had a tremendous impact in this community and will be greatly missed.

A public viewing will be held on Sunday, March 14 from 12:00p.m. to 4:00p.m. in the Einan’s at Sunset Event Center. A private Celebration of Life (by invitation only) will be held on Monday, March 15 at 1:00p.m., which will be live streamed via Einan’s website for anyone to join online. Please click on the link located at the top of the page to watch the Live Streaming of the service. A public burial will be held at 2:30p.m. at Sunset Memorial Gardens, and there will be a private reception by invitation only. You are also invited to share your memories in the online guest book below.

In lieu of flowers, donations may be made in memory of Russ Burks to the Linfield University Baseball Program or the Tri-Cities Cancer Center.

Rest in peace Dad, brother, uncle, and friend! You will be greatly missed, but we will continue to raise a glass in your honor. So here’s to ya and at ya. Now that I’ve met ya, bet ya, and let ya. I bet ya if I met ya, I’d let ya do it again! Love ya and God bless!