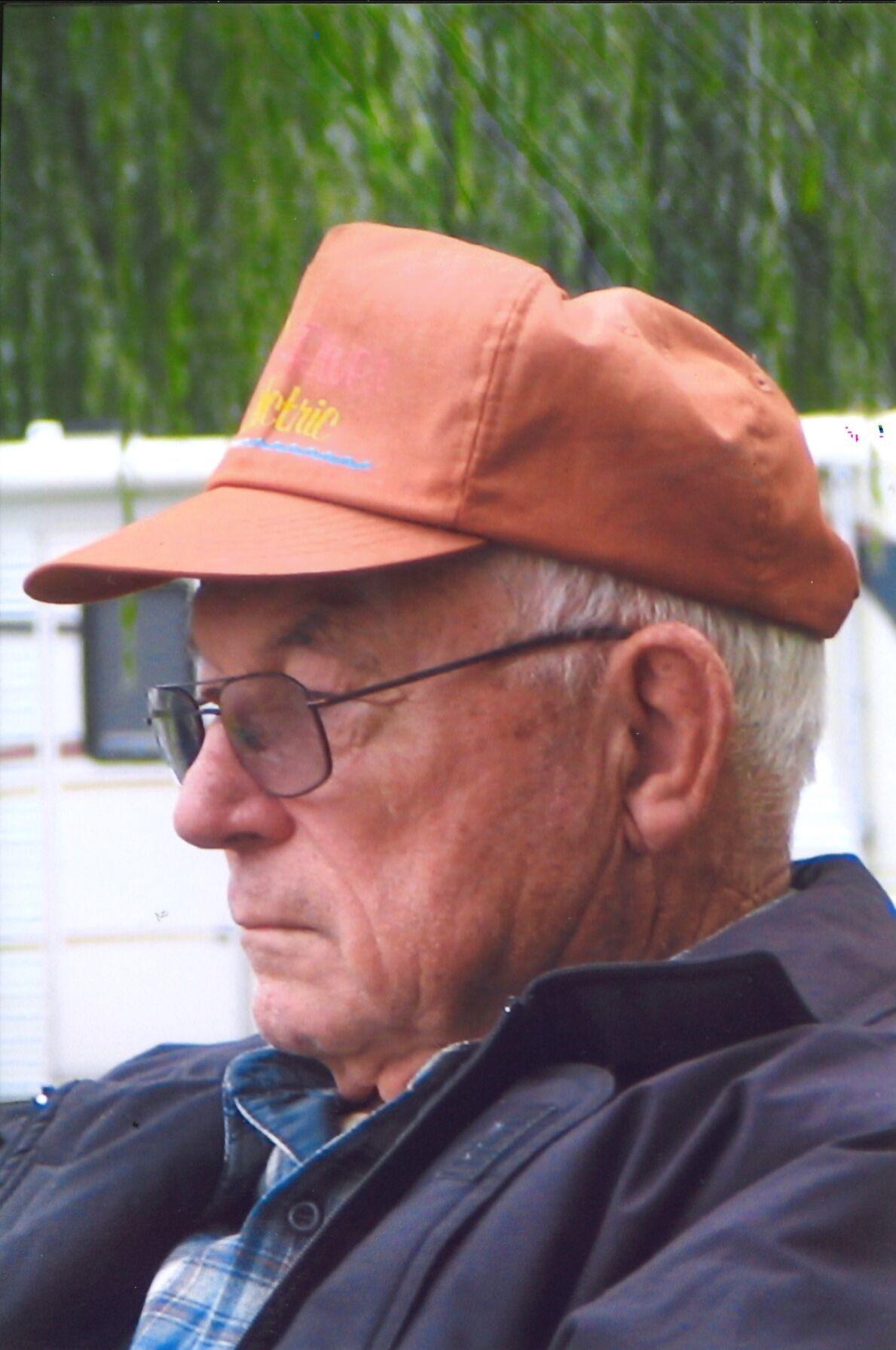 Benny Clark was born in the city of Hanford, Washington on August 11, 1925. He passed at age 95 on March 22, 2021, under the care of Heartlinks Hospice and Palliative Care.   He was one of six sons born to Frank and Ellen Clark and enjoyed growing up living on the shores of the Columbia River, swimming, fishing, and exploring with his brothers in the sparsely populated city.  Benny, along with his future wife Carol from neighboring city of White Bluffs, graduated in April 1943 – months early from Hanford White Bluffs High School when the federal government confiscated their parents’ homes for the Manhattan Project.

Benny served proudly in World War II in the U.S. Navy as an Electrician 3rd class from 1943 to 1946, serving on the U.S.S. Idaho, including being on board in Tokyo Bay in September 1945 for the Japanese surrender.  After discharge, Benny married Carol Williams in 1947 and began his 40 year long employment on the Hanford Site in 1948, as an electrician and ending his career as the Manager of the Powerhouses in 200E and 200W.

In his spare time, Benny enjoyed camping, hunting and fishing with his family, family vacations, woodworking, and repairing anything broken for multiple friends – and in later years, he became a yard sale master.

Benny is predeceased by his wife of 58 years, Carol and his eldest son Gary Bennett Clark, brothers and sisters in law Ray and Sarah, Howard and Bette, Walt and Joyce, infant brother Donald, and his parents.

Benny spent the last three years of his life at Brookdale Senior Living Facility, enjoying giving candy to anyone who entered his room and the staff calling him The Candyman.  The family would like to thank the staff for their excellent care for Benny during the years, and especially during the last year.   The family would also like to extend their thanks to Heartlinks Hospice and Palliative Care for their outstanding care of Benny during the last months of his life, allowing him to pass with dignity and peace.

If you wish to make a donation in Benny’s honor, please do so to a charity of your choice.