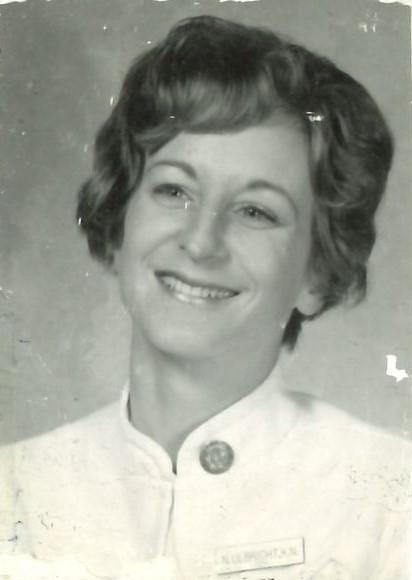 Norma Jean Ulbricht passed away peacefully at her home in Richland WA on Sunday, March 21, 2021 after a long struggle with Alzheimer’s.

She was born to George and Constance Swail in Houston, TX on August 27, 1943 and was the second youngest of their five children. Norma graduated from South Houston High School in 1961 and from Lillie Jolly School of Nursing in 1965, and become a registered nurse. On December 17, 1966 she and Bill (William Jr.) Ulbricht married. During the early years of their marriage she worked as a RN for a private practice doctor and as the nurse at a private school in Bryan, TX. Also, during this time she gave birth to their three children. In 1977 the family moved to Naperville, IL, in 1981 to Arvada, CO, and in 1986 to Richland, WA.

Norma was a good and devoted mother, wife, and friend. She sometimes spoke of herself as a “Little Red Hen,” and indeed saw to it that the needs and many of the wants of her family were well taken care of. Bargain hunting, especially for her family, was perhaps her favorite pastime—she was particularly fond of garage sales. During many summers Norma made time for her Church’s “Girl’s Summer Camp” as the camp nurse, each year making new friends and many happy memories.

As their children began leaving home she started working as a hospice nurse, then as Lourdes Counseling’s “Children’s Day Program” nurse. But, her interest had become care of the elderly, and in 1999 Norma opened and operated an adult family home where her constant objective was the comfort and wellbeing of each client.

She will be sorely missed, but lovingly remembered for her easy smile, quiet and gentle laugh, and devotion to God, family, and friends.

Norma is survived by Bill, their three children; Cara, Everett, and William III, six grandchildren; Constance and Hermine (Cara and Ladd) Anderson, Seri and Sydney (Everett) Ulbricht, and Anders and Adele (William and Tara) Ulbricht. She is also survived by her brother Bill Swail and sister Margie Randall. Norma was preceded in death by her parents and brothers, Douglas and Jon Swail.

A memorial service will be held for Norma at the Church of Jesus Christ of Latter Day Saints chapel at 1321 Jadwin Avenue, Richland at 11 am, Thursday, April 15.

A debt of gratitude is owed to the ladies of the Shoreline and Riverview Ward Relief Societies for their interest, friendship, and care for Norma. Also, the nurses and staff at Heartlinks Hospice provided kind help and gentle guidance especially when she needed it most.

In lieu of flowers please consider a donation to Heartlinks Hospice.