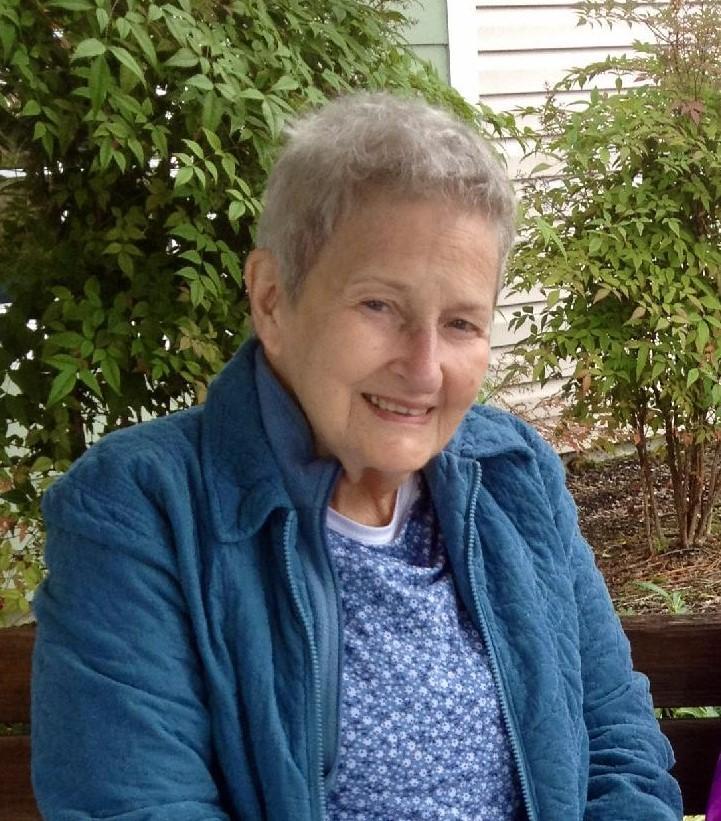 Peggy Jean (Parker) Erickson, 93, died peacefully in her sleep at her home in Richland, WA on Wednesday, March 3, 2021.

Peggy was the youngest of five children (three brothers and a sister) born to Walter and Elsie Parker on March 3, 1928 in Kingston, AR.  She grew up in Yakima, WA and graduated from Yakima High School in 1946.  She then attended St. Elizabeth School of Nursing in Yakima, becoming a Registered Nurse in 1950.  It was during this period that she married Gerald Erickson, her husband of 67 years, on October 14, 1950.  Jerry joined the Navy and Peggy worked as an RN at various hospitals where Jerry was stationed.  They moved to Seattle after Jerry’s Naval service where he attended the University of Washington.  While in Seattle, Peggy and Jerry had two sons, Phillip and Daniel, and after moving to Richland another son Timothy.

While raising their family, Peggy worked part time as an RN in the Obstetrics and Gynecology (OB/GYN) Department at Kadlec Methodist Hospital in Richland.  Peggy loved working in the OB/GYN unit and helping to bring new lives into this world.  Peggy had a lifelong love for baseball and a deep-seated passion for reading.  She frequently could be found in the kitchen baking cookies, cakes, pancakes, French toast, and most any other delicacy to serve her friends and family.  After Jerry’s retirement, they both enjoyed their grandchildren, camping, and traveling the world.

A member of Temple Baptist Church, she loved the Lord and placed her faith in Him.

Preceding Peggy in death were her parents, brothers, sister, and her beloved husband Jerry.  She is survived by her three sons Phillip (Diana), Daniel (Jeannie), and Timothy (Elizabeth), five grandchildren, and two great-grandchildren.