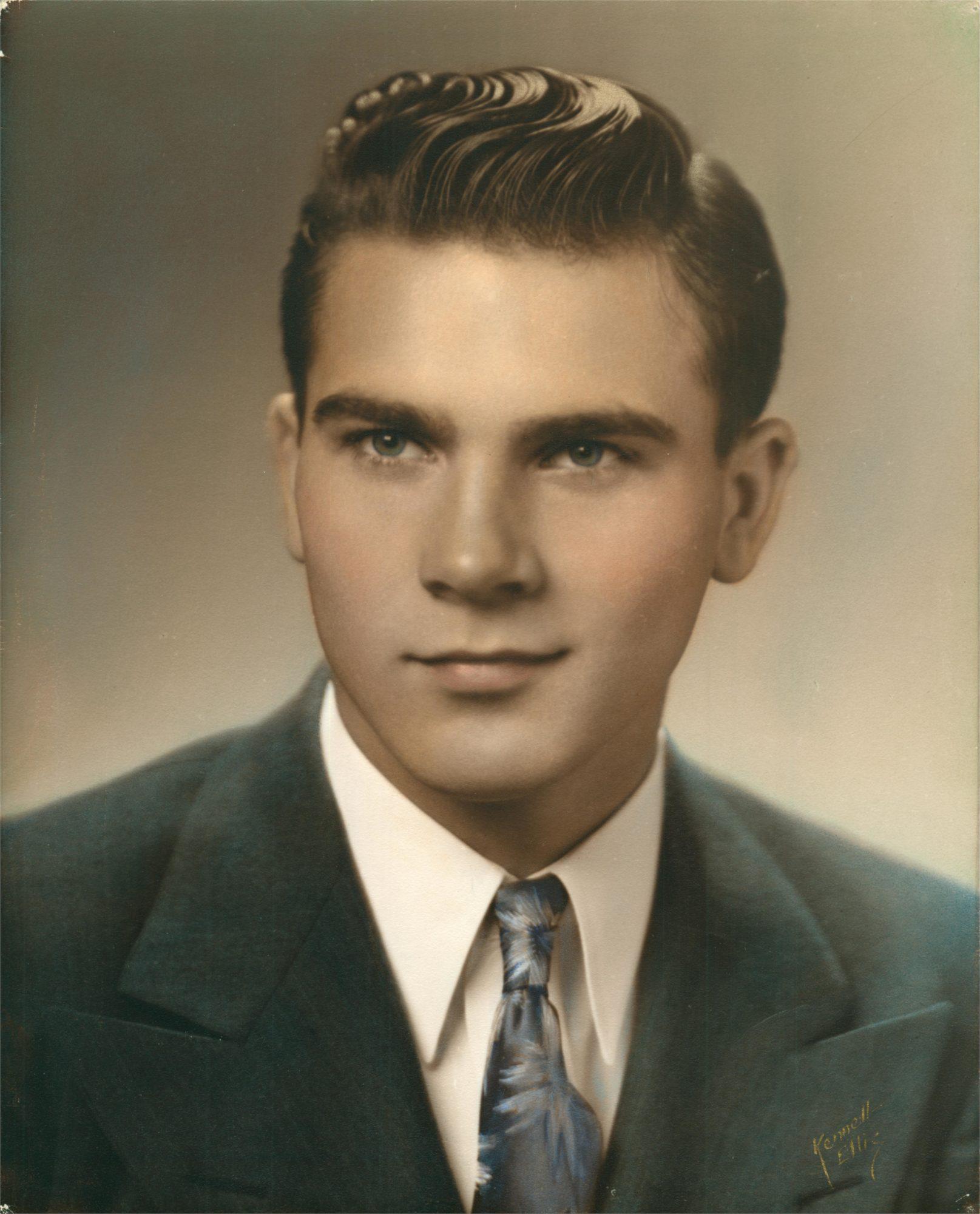 ROGER OWEN DEVOIR, 89 years old went peacefully home to meet the face of Jesus, with family near on Tuesday 23,2021, at Fieldstone Memory Care Center, Kennewick, WA. Roger was born in Yakima, Wa on July 26,1931. To Carl Llewelly Devoir & Anna Luba ( Marusisk) Devoir. Roger graduated from Selah High School in 1949.  He attended Yakima Valley College before enlisting in the US Navy. He was stationed in San Diego, CA as a storekeeper 1st class from 1950 – 1954, during the Korean War.

After the Navy Roger and Mary Lou returned to Selah, later moving to Richland to spend several years before being laid off. Returning to Selah he attend Perry Trade School to further his education, while supporting 5 children he worked at Safeway. After graduation returned back to Richland, WA where he worked for G E and later Battelle as a Building & Transportation supervisor, retiring in 1993.

Roger was a devout Catholic, a member of Christ the King church. He was an active member of the Richland Knights of Columbus. Serving as a Grand Knight in 1976, traveling the state on the degree team.

Roger enjoyed gardening, bowling, square dancing, playing cards, golfing, traveling the country to gather genealogy information. Roger & Mary Lou enjoyed walking the Columbia center mall on weekday mornings and in turn meeting many new friends.  Roger was an avid Bomber Booster, loved all sports especially the Seahawks & Mariners.  You could always find Roger & Mary Lou in the stands watching their children, grandchildren and great grandchildren participating in sporting activities locally and across the country.  Roger was a terrific story teller and many times would insert his own personal pronunciation of a word to make it a more colorful narrative!

Dad was a very devoted loving husband, supportive father and wonderful grandfather through out his life. He loved his family and was the type of person who would lend a hand to anyone in need.

As a family we camped from Canada to Yellowstone.  When a boat became apart of the family, we had many memorable days at Priest Lake and on the  Columbia & Snake rives. As a family we spent many summers visiting the extended family in Selah and picking huckleberries before returning home. Dad & mom continued those trips until 2 years ago. Dad loved life to the fullest, making time for family and friends.

Roger touched many lives in a positive way that leaves a void in our hearts.

And we know that all things work
together for good to them that love God,
to them who are the called
according to his purpose.
Romans 8:2