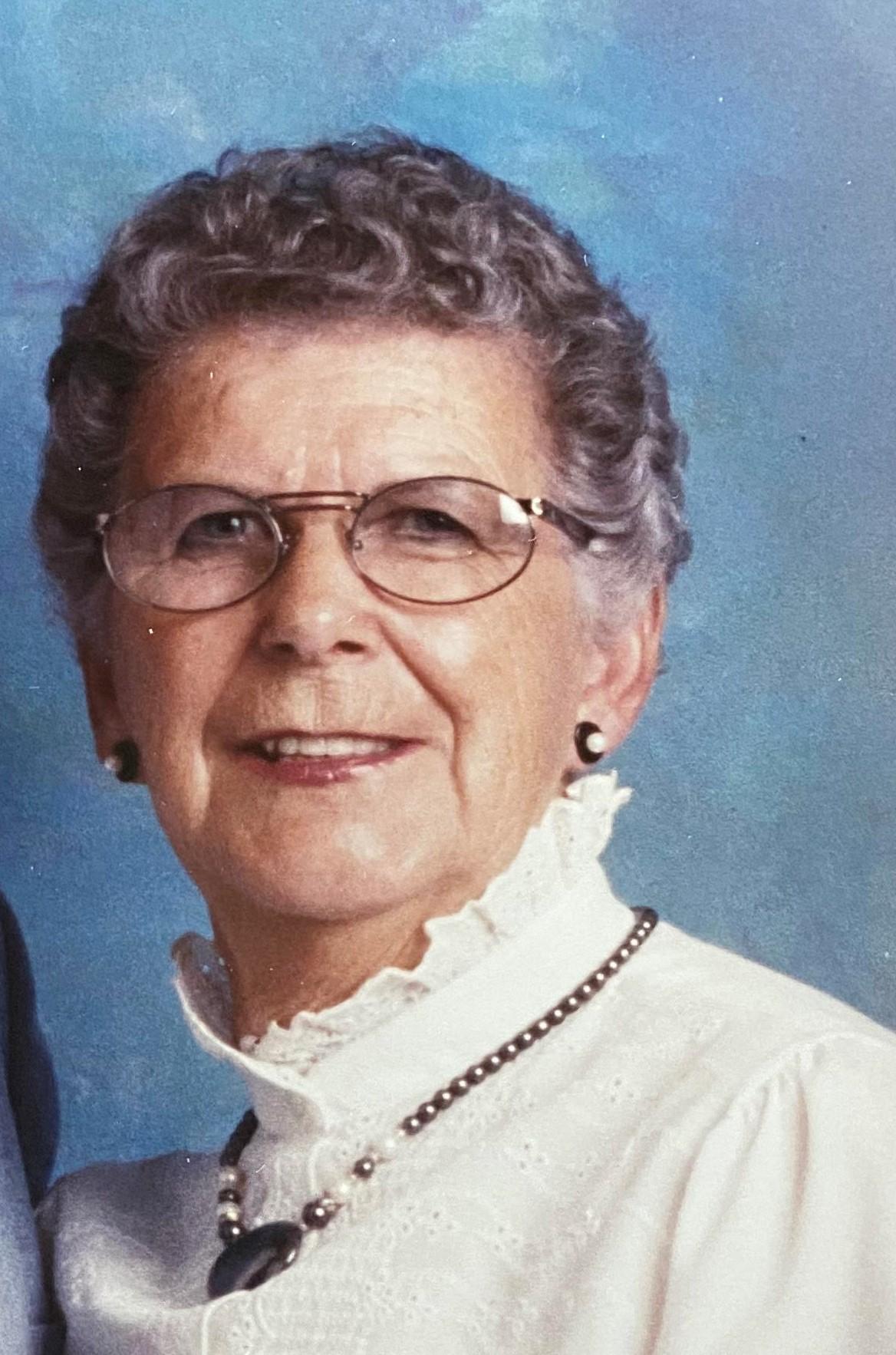 Betty Mae Norbeck died peacefully on April 21, 2021 at Arbor House in Yakima WA at 92 years old. She was born on May 27, 1928, in Denham MN, the seventh of eight children born to Eskel and Hilma Anderson. Raised on a dairy farm, during the depression and World War II, she had to help her mother and uncle run the farm when her dad and older brothers and sisters were helping the war effort. She graduated from Willow River High School in 1946.

Betty married her High School sweetheart, Walter Norbeck on July 2, 1949 in Denham MN. They lived in Minneapolis until 1952, when they moved to Richland WA, and Walt began to work at Hanford.  Their daughter Debra was born later that year, and they welcomed a son, Steven in 1954. Betty was a stay at home mom. Her hobbies included bowling, sewing and knitting, and she was  very good at all of them.

In 1971, Betty and Walt and Steve moved to Red Wing MN for 7 years while Walt worked at the Prairie Island Nuclear Plant. They moved back to Richland in 1978.

When Debra started college, Betty returned to the workforce. She worked at Jostens in Red Wing MN. Her last position was as the Executive Assistant at the Benton Franklin Council of Government. She was very proud that with only a high school education, she trained college graduates on setting up their accounting and reporting systems.  Betty retired in 1990.

Betty and Walt loved to travel, especially road trips. That love of travel continued in retirement.  They were snowbirds for many years, spending the winter in Surprise AZ. They traveled to Europe, Sweden and Finland, and Hawaii with siblings and spouses. They also had many camping trips over the years with friends and family. They took road trips all over the U.S., including driving the Al-Can highway to Alaska for their 50th anniversary.

Betty lost her son Steve in 2012, and Walt, her beloved husband of 66 year, in 2015. She then moved to Yakima to be near her daughter Deb.  She lived at Englewood Heights for four years. She was very happy and active in the community. After a stroke in late 2019, she moved to Arbor House Memory Care. We are so grateful for the loving care and support she received from the staff at both facilities.

A celebration of life will be held at a later date. If desired, memorials can be sent to your local food banks.