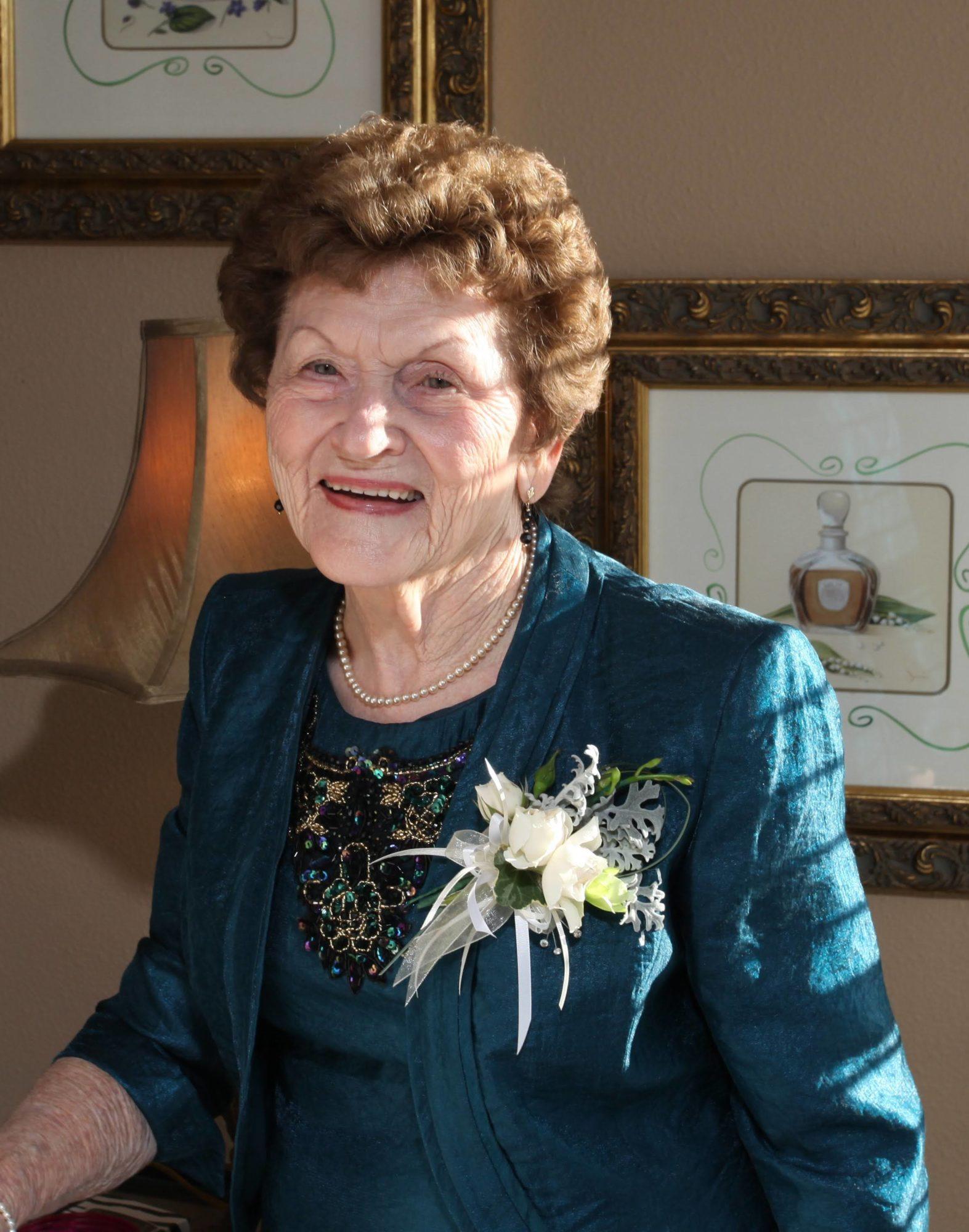 Edith Snow, age 93 of Richland, Washington passed away in the loving arms of her husband and into God’s hands on April 13, 2021.

Edith was born on October 7, 1927 in Verona, Arkansas.  She was the second child of four children born to Homer and Alcie Kisner.  She grew up on a farm near Everton, Arkansas and graduated from Everton High School in 1946.  During high school, her favorite activity was playing on the girls basketball team.  At 5’1” tall she was small in stature, but large in spirit!

She moved to Richland, Washington in 1947 and worked as a Lab Tech at Hanford until she married and started having children.  Edith’s passion and career was devoted to her family.  She lovingly and tirelessly worked to raise her three children.  Throughout her life she was equally devoted to her grandchildren and great-grandchildren.  She loved to keep up with everyone and endeavoured to be at special events, family times and showered her love on all.

Edith married the love of her life, Curtis Snow, on August 18, 1974.  Their marriage lasted for 47 years and their love and devotion to each other has been an inspiration for all their children and grandchildren.  Edith and Curtis enjoyed travelling in their motor home. They were part of the Roaming Elks group and enjoyed trips with friends, as well as family camping trips to the mountains and couple trips to the lake and Legends and Wild Horse Casinos.  Edith thoroughly enjoyed playing nickel slot machines.  They especially enjoyed many cross country trips visiting family in New Mexico, Arkansas and Georgia.  They celebrated their 25th wedding anniversary in Maui, Hawaii and enjoyed a cruise to Alaska with her daughter and Son-In-Law.

Edith loved gardening and will be especially remembered for her beautiful rose and flower gardens.  She was also a wonderful cook – pies were her specialty.  She was active in the Eastern Star and was Worth Matron in 1975.  Edith was a constant support to Curtis on his masonic journey and a groupie for his band.  She was a kind and generous spirit and will be missed by all her friend and family.

Her son, Gary Potts, predeceased her in March 2020.

The Funeral service will be held at Einan’s Sunset Funeral Home on Saturday, April 17th at 11:00 a.m. with graveside service to follow.