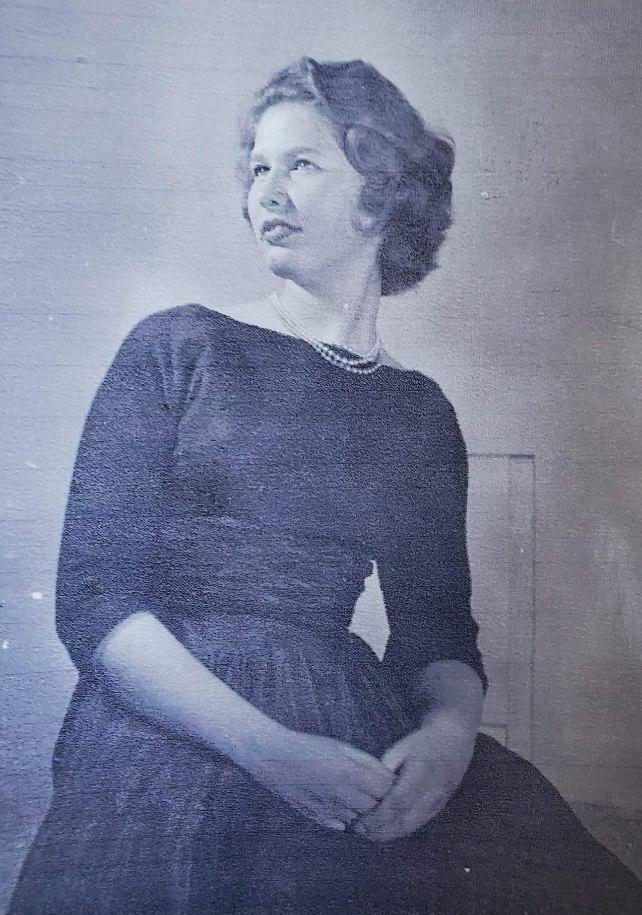 On a day with B-52 training pilots flying above, a single entry door lead too a four floored hospital in the town of Cheyenne Wyoming; where Marilyn Mills was born on the 16th of November 1942 to Ruth Elizabeth Prop Mills and Isaac Edward Mills.

Marilyn and her family lived in Wyoming until they moved to Millwood WA in 1949, were she spent her better years growing up.

Marilyn graduated high school in 1961 from West Valley High School. While attending school, 63 years ago, she met the love of her life, Ivan Guy Rhoades.

They were married on a beautiful 70 degree day, on August 31 1962 in Millwood WA. They were 4 months short of celebrating being married for 59 years. She was a devoted and loyal wife to Ivan. She followed him all over from Alaska, Idaho and Northern Washington before settling in Benton City Washington for 43 years.

They were blessed with 2 beautiful children; Julie Ann was their first born. She was the sparkle of their eye, a joyful and caring child.

Julie was active in missionettes, tennis, volleyball and cheerleading as a young girl! She later married Larry Dodgson and became a Step Mom to 2 and Grandma to many. They live in Prosser, WA.

She was the apple of their eye for nearly 10 years before they had their son, Tracy Allen.

Tracy was a active and lively youngster. He was actively involved as a Trail Blazer in the Royal Ranger, a  basketball player and a active baseball pitcher. He later married Jessica Beden in 2008 and they have 2 daughters Tralyn and Brinley. They live in Williston, ND.

Marilyn was a God fearing Mom that demanded the “right” thing from her kids, and any kids in her house as a matter of fact.

Marilyn had many “kids” that she adopted over the years, to list them all would take us hours; she was just that type of women. One of the final “kids” that Mary adopted was Deb. Deb walked in and was able to light a spark within Marilyn amongst sharing many of life’s loves and joys together over the last few years.

Mary was the kids loudest fan and biggest supporter no matter what they were doing! She gave it all for her kids, everyday, and they knew without a shadow of a doubt, that Mom loved them.

Throughout Marilyn’s 78 years she lived life with a full smile and heart willing to give. She was full of spunk and she always had jokes. Ivan and Mary had many travels throughout the years but their Alaskan Cruise was Marilyn’s highlight vacation.

She loved the lord with all her might and lived her life for his glory. She was a woman full of faith and always full of prayer. She was an active leader at the Benton City Assembly of God for more than 40 years. Mary just beamed when sharing her love for the Lord and leading others to Him. She truly lived life with God as her leader and she earned her wings among the streets of gold.