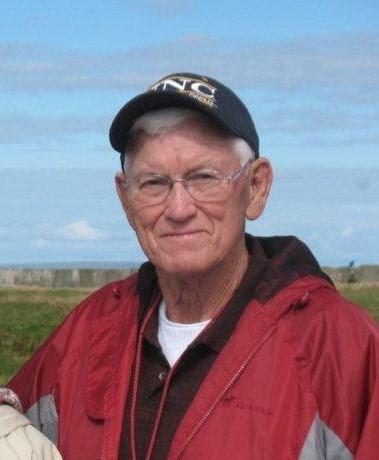 Private Services to be held

Edward Mont Maxwell, 87, of Pasco, Washington passed away peacefully on Tuesday, May 11, 2021 at his family home where he was loved and supported.

Edward was born on July 20, 1933 to Ralph and Genevieve Maxwell in Plain Grove Township, PA.  After graduating from Slippery Rock high school in 1951, he briefly attended and played football at Slippery Rock University before enlisting in the United States Army where he was stationed in Colorado Springs, CO. Upon leaving the military, he attended and graduated from the University of Northern Colorado in 1959.  He would remain in Colorado to pursue a football coaching career as head coach for both the Center high school and Florence high school football teams.

As head football coach of Florence high school, he met the love of his life, Arlene Maglietto, and they wed in 1965.  The following year, Edward accepted a new position at Columbia Basin College in Pasco, WA.  It was here, site unseen, that they began to establish their roots; eventually having 3 children – a daughter, Sheri and twin sons – Donald and Ronald.

During his 29 years of service, Edward played an instrumental role in the growth and success of the school’s athletic department.  During his tenure as the head baseball coach, Edward never had a losing season compiling 90 wins over a five-year span.  Twelve of his players went on to sign professional contracts.  Notably Dave McKay.  Edward also played a key role in bringing back the baseball program after a 14-year hiatus. In addition to baseball, he spent 14 years as the defensive football coach. Notably during the 1972 NWAAC championship football season, as well as head coach for women’s basketball, men’s track, and women’s golf to name a few.

Edward also served 5 years as Division Head of the Health and Physical Education department where he founded and directed the school’s intramural program.  He was able to provide hundreds of students, over the span of two decades, with a chance to develop lifelong relationships.  Then in 1995, the Board of Trustees granted him Facility Emeritus status and he would eventually go on to be inducted into the NWAAC Hall of Fame.

In addition to a successful career, he was an extremely dedicated husband and father, spending countless hours coaching youth sports and instructing first-time drivers in the summer months.  Edward was also passionate about wood-working in the garage and could often be found on the Sun Willows golf course when he wasn’t at home.

At Edward’s request, a private, family gathering will be held in celebration of his life.

In lieu of flowers, the family requests that a donation be made, in his name, to St. Jude’s Children’s Hospital. https://www.stjude.org/donate/image.html?source_code=CMWGTGHDO21&sc_icid=pinups-donate-top