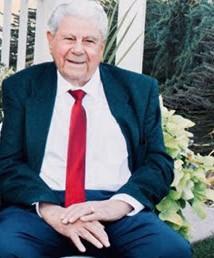 Francis Miles Ling, 91, passed away May 9, 2021 at Harborview Medical Center in Seattle. He was surrounded by his family when he passed. Frank was a member of the Wyandotte Nation of Oklahoma.

Frank was born March 24, 1930, in McLaughlin, SD to Mildred V. Ling and Gottieb Aman. He was raised by his grandparents on the family ranch and attended school at McLaughlin, SD graduating with the class of 1951. He moved to Washington and went to work for J. A. Jones Construction, Hanford Division and several other contractors. He was a heavy-duty mechanic and retired in 1986.

He married Donnabelle Lee Stark at Wallace, ID June 30, 1956, and moved to Richland where they have resided since that time. They were blessed with three daughters Yvonne Marie, Suzette Anne, and Fachon Lea.

Frank was a member of the operating Engineers, Local 370 for over 65 years. He was a Master Mason and member of Benton Lodge No. 277, F&AM, Roza Chapter No. 238, Order of the Eastern Star, Scottish Rite of Free Masonry, Valley Grange of Kennewick, Columbia Basin Shrine Club, El Katif Temple, Spokane, WA, Benton County Democrats, and Lord of Life Lutheran Church. He supported a number of charity organizations, including Shriners Hospitals for Children and St. Joseph’s Indian School in Chamberlain, South Dakota.

Frank enjoyed being a mechanic for his family, friends, and neighbors, and studying maps to decide what routes to take on trips. Going to the local health clubs was Frank’s social life, he loved to visit with anyone at any time debating world events and politics. He was a hard-core Democrat and avid Seahawks Fan, never missing a game.

At Frank’s request there will be no services.