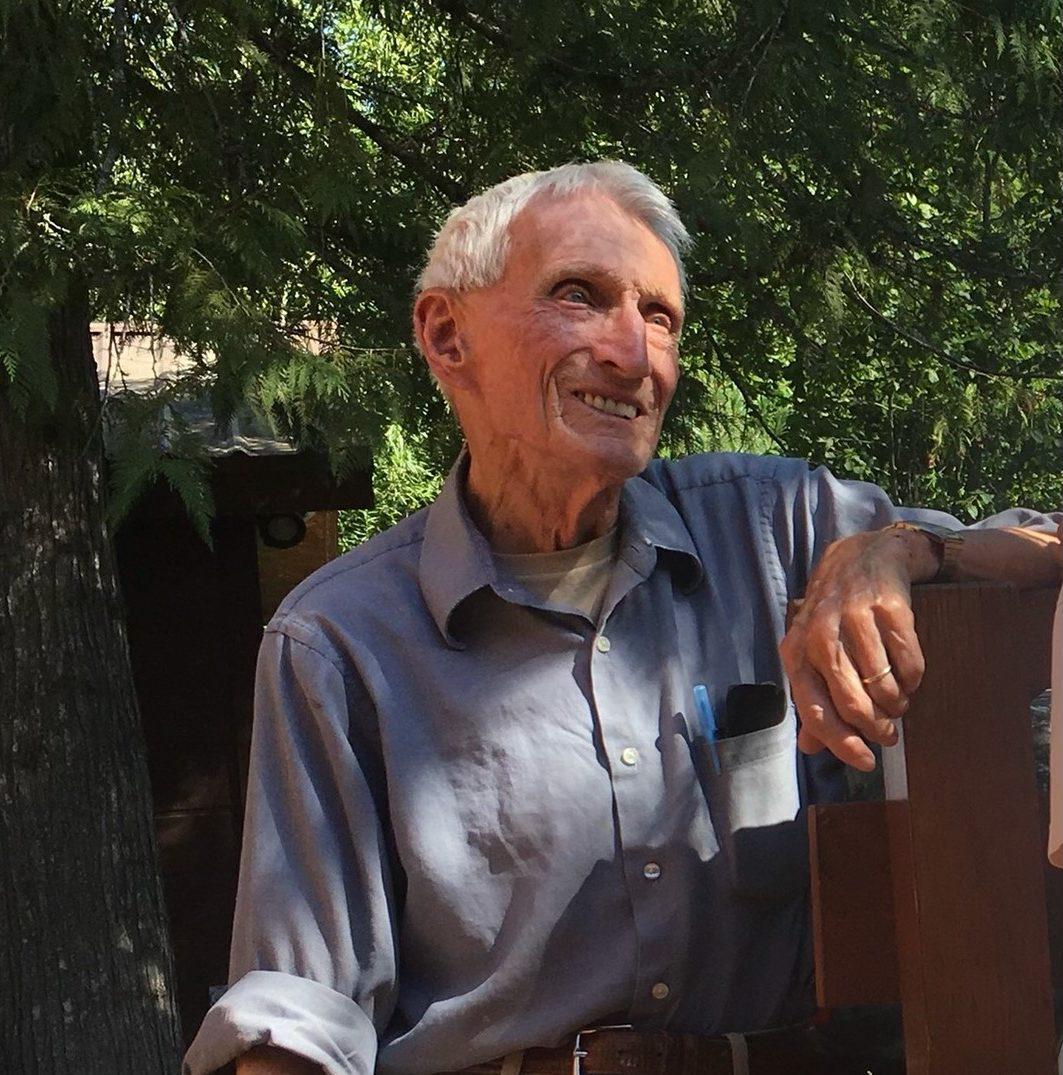 Jack Leland “Lee” Daniel passed away at the age of 96 in the Richland home that he shared for the past 60 years with his wife Eunice “Lou” Daniel. He remained active and fully embracing life until the end, all the while continuing to share memories, stories, advice, and his sense of humor with those around him.

Lee was born on December 15, 1924 in Spokane, Washington to parents James Leland and Lillian “Arla” Daniel, the eldest of their three children. His enjoyment of the outdoors, Boy Scouting (attaining the rank of Eagle Scout), science, and model-building became the foundation for the path that he would follow as an adult.  After graduation from Lewis and Clark High School in 1942, Lee attended Whitman College in Walla Walla and the University of Washington, where he obtained an undergraduate degree in chemistry and completed his naval officer training. In 1946 he was assigned to the USS Grafton as assistant navigator on its decommissioning voyage from San Francisco to Virginia via the Panama Canal. This trip whetted his appetite for a continuing love of travel and adventure.

After leaving the Navy, Lee and his brother Rod undertook the ambitious project of building a cabin at the family property on the shores of Priest Lake, Idaho, without the use of electricity or power tools and only the instructions from a how-to book for guidance. The rest of the family provided back-up support, including procuring materials during the lean post-war area and straightening out the precious used nails that were in scarce supply. The cabin at the lake became Lee’s legacy, added onto and remodeled over several decades, and enjoyed by many generations and dozens of extended family members.

In 1948 Lee arrived at the Hanford Site to work as an analytical chemist, and it was there in the lab that he met his life partner, Eunice Louise Olund, who had come out west from South Bend, Indiana. They were married in 1949 and settled in Richland, raising three children and becoming involved in the community where Lee was a charter member of the Inter-Mountain Alpine Club, Boy Scout leader, and active church member. He received his PhD in electron microscopy at Oregon State University and spent most of his professional career working in that field for Battelle Northwest, including time spent as a guest researcher in Japan and Saudi Arabia.  Lee and Lou shared numerous pastimes such as hiking, camping, international travel, tennis, road trips in their fifth-wheel, and dance classes where they cut a fine figure on the dance floor. A true lifelong learner, upon retirement Lee pursued several new projects, including rebuilding a player piano, taking a homebuilding class, volunteering at Habitat for Humanity, and designing a second Priest Lake cabin for the ever-expanding family. It was at this new cabin that he and Lou celebrated their 70th wedding anniversary in 2019 with four generations of family in attendance.

Lee will be greatly missed by his wife Eunice Daniel, sister Arla Mock (Dean), daughter Linda Post (Steve), son Jim Daniel (Brenda), daughter Debbie Finchamp, six grandchildren, and nine great-grandchildren. A celebration of his life will be held on Saturday, August 7th at 11:00 AM at Einan’s at Sunset in Richland with a reception following. In lieu of flowers, donations in Lee’s memory may be made to SIGN Fracture Care, a locally-based humanitarian organization that he supported.