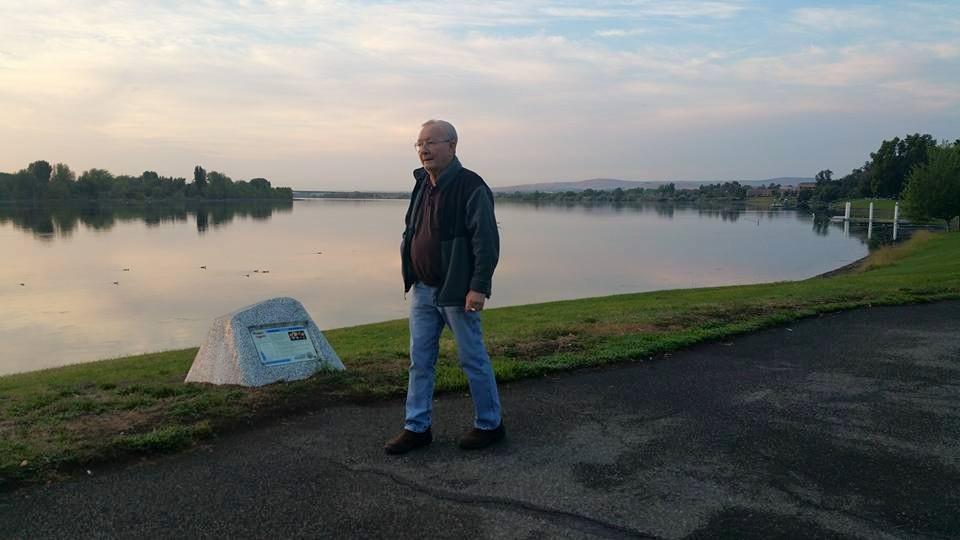 Raymond Duane Way (82-years) of Kennewick, WA passed away peacefully in his sleep on the 30th of June, 2021 with his son Scott by his side.

His daughter-in-law, Patricia Nordby-Way, had left him the evening before with a kiss on his forehead.

His daughter, Terri Lynn (Way) Morgan, and her partner, Juan Blair, unfortunately were not able to make it to his bedside in time, driving in from Sonoma California, and not arriving until hours after his passing, but had precious time with him the month previous, as did his grandson, Anton Way, and his granddaughter, Liana Morgan.

His family and friends miss him, but are happy that he is now at peace and no longer suffering from physical pains. His spirit of adventure and wonder were always larger than his physical body. May his spirit now soar unencumbered and free.

Ray was born on December 3rd, 1938 in Erie, PA to Vincent and Dorothy Way.

He was a self-made man and a life-long hard worker and provider.

He started his working career in the military; the Marines briefly, then the Air Force where he became a Radio Operator and Traffic Analyst, intercepting and interpreting important encrypted messages, staying one-step ahead during the Cold War. But as is the nature of that business, we will never know the true extent of all that he and his peers did for us during that time.

After his time in service to the nation, Ray embarked on a long career in construction in the state of California, that eventually led to an offer to come work at the Hanford Nuclear Reservation in Richland, WA as a Facilities Engineer. At that point, he’d been a foreman for many years and knew just about all there was to know about construction – the only thing he had to learn was CAD, Computer Aided Design – and he loved it. More than that though, he worked with some really great people who became great friends.

He moved to the Tri-Cities area in 1978 and quickly developed a great fondness for the Pacific Northwest. He took drives along the beautiful Columbia river almost daily, enjoying the many parks, wildlife, especially the geese, and the peaceful and friendly community. He made many friends; from the owners and clerks of his favorite morning coffee stops, to his co-workers at Hanford who knew him as a true and special friend, and a creative practical joker who kept everyone around him laughing. He loved a good joke, and had a million of them. He was shining brightest when he was laughing with friends and family – a man of genius and quick wit, the best moments with him were listening to his stories and jokes and seeing the twinkle in his eyes and his dimpled smile.

Nature brought him peace, and the love of family and friends made life worth living.

He loved camping, long drives, long trips, the ocean, star-gazing, clam-digging, the redwoods, places of history, boating, shooting pool, golfing, weight-lifting and staying fit, good food (was a great cook himself), ice cream, reading, and loved good music of all kinds. He enjoyed a night out dancing, especially at the Eagles Club in Kennewick with his great friend Clara Reed.

He seized the day, starting most mornings before dawn, out to enjoy the sunrise at the riverside, and see what new things were going on in the town he loved. He also loved the town of Brookings, Oregon, and, after retiring at the end of 1994, had been spending months at a time there before failing health prevented it.

He was warm and generous, remembering and noticing anyone in need, ready to lend a hand however he could, and offer a listening ear and compassion. A sensitive soul, he was touched deeply by those he loved.

Ray’s mother, Dorothy Gertrude Striegel, will be laid to rest with him.
There may she rest in peace alongside her loving son, and in the hearts and memories of her other children and progeny.

In the warm embrace of the high-desert sun, and an occasional blanket of snow in the Winter; Ray’s final resting place lies here under a shade tree along the Yakima River, with the sounds of a nearby fountain dancing through the air. In the heart of the Pacific NorthWest that Ray fell in love with and chose to call home; here may he rest, forever at peace.

Ray was preceded in death by his parents, Vincent Way and Dorothy (Johnson) Striegel, and his step-dad Gilbert Striegel, and step-mom Virginia Way.

He is survived by his daughter, Terri Lynn (Way) Morgan; his son and daughter-in-law, Raymond Scott and Pati Way; his grandchildren, Anton, Aria, Elias, Sarah and Liana; his great-grandchildren Maya, Ryker, Charlotte, Blake, Ezekiel, and Arabella; his sisters, Sally, Myrtle, and Francis, and his brother Vincent; and many cousins, nieces and nephews.

There was a beautiful graveside service, including military honors provided by American Legion Post 34, from Kenn-Pasco, WA.

Most of his family were unable to attend due to distance, but were represented by his children, and his brother, Vincent.

Songs selected by his children that were played at the service:

#1.) “The Little White Cloud that Cried” by Johnnie Ray

In lieu of cards to the family, please share your stories of Ray here for all to enjoy, and in lieu of flowers, please make a donation to Meals on Wheels; a wonderful organization that brought Ray much comfort and help over the last few years.

—A poem for the family, By Patricia Nordby Way

You will be missed as you travel Raymond Duane Way beyond the beaten path And along the narrow lane We will feel you as we walk beside the river laced with white caps on flowing crests That eagles guard perched on branches high And we will know that we were truly blessed To have known and loved you.
Rest easy Ray