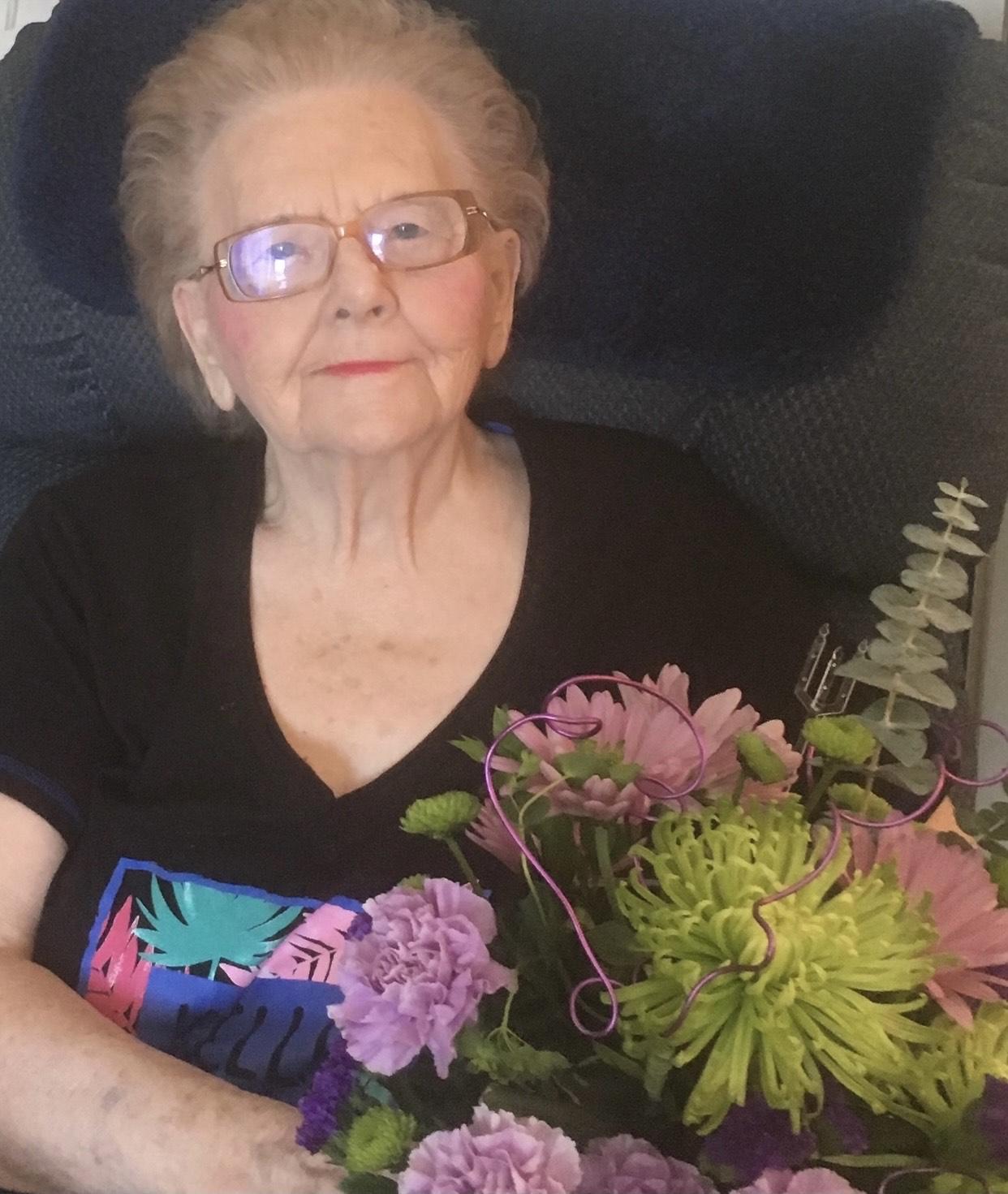 Rosemary Niel, age 97 passed away with loved ones close on June 28th, 2021. She was born in O’Neill Nebraska to Anna and William. Where her and her sister Margurette attended one room schools until the 8th grade. Rosie graciously rode her beloved horse Dolly to school everyday until graduating St Martins Academy in Deadwood South Dakota. While attending school she met a soldier from Pennsylvania named Clark Niel who she now joins in Heaven. They were married 5 days after her 18th birthday blissfully in love. She stood by her husband Clark while he traveled overseas to serve his country in WW2. Her beloved Clark was wounded in Germany and when his assigned Red Cross ship asked where he wanted to go for rehab, he told the organization Washington. He had meant Washington DC but the universe spoke and he was sent to Spokane Washington. With the love of her life in the wrong state she packed up her bags in their Plymouth with the help of her parents and headed west to Washington state. From there her family began to grow with four children Dianna and husband Dennis, Everett and his wife Jane, Daniel and Donna.  In 1974 her husband and best friend suffering from his war wounds passed away from a boating accident. Rosemary later stepped in to raise grandchildren Rachel, Tony and Angel. Her other grandchildren are Lisa, Jessica, Clint, Curt and Shawna. She was a wonderful homemaker and  an even better cook who always insisted we eat together. Rosie was a patient and kind mother who never raised her voice in anger when something was spilt at the dinner table. Rosemary and Clark were beautiful and handsome giving love as freely as a gift. With a love of sports she spent her days watching the Denver Broncos and Golden State Warriors. She was a diehard fan. The highlight of her life was a front seat ticket to a Neil Diamond concert crying while singing along to every song with bright lipstick painting her lips. Our world got a littler dimmer with her passing. Leaving a legacy in her wake she fulfilled life’s greatest purpose. Rosemary’s greatest wisdom came from a firm belief of  “always speak kind words”. A private family memorial will be at a later date. The family would like to offer special thanks to Dr. Ayer and Hawthorne court for taking such good care of her. Fly away dear Rosie in the arms of angels.