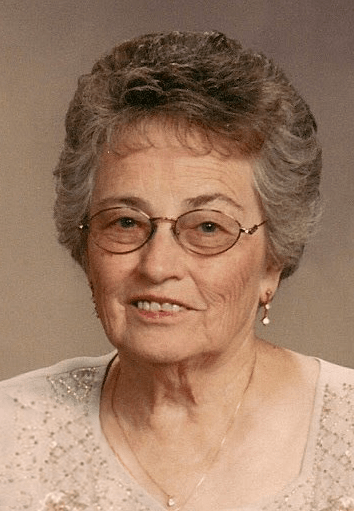 On July 8, 2021, Dorothy Anne (Peterson) Boucher went to join her sweetheart Phillip Boucher in heaven. She was surrounded by her loved ones who had the privilege of caring for her during her last days.

Born September 8,1932 in Montrose, Colorado, Dorothy grew up on the beautiful western slope of the Rocky Mountains. Her father, Otto C. Peterson, was a tough, veteran game warden who played a major role in the revival of elk herds to western Colorado. He died three months before she was born to Alma Peterson.

Dorothy excelled as a seamstress and won a 4-H scholarship that helped send her to Colorado A&M, where she earned a Bachelor of Science in Child Development. In college she was involved in a campus ministry called the Wesley Foundation. The group had four other ladies named Dorothy and several of the young men had a bet going to see who could date all five Dorothy’s first. One of these young men, Phillip, was the president of the group and he loved to say he was the winner because he ended up with the prize. After dating for several months, they became engaged.

During the years she was attending college, Dorothy’s mother and her husband, Bruce, moved to San Jose, California. When the Christmas holiday came, Phil invited Dorothy to spend time with his family in Colorado Springs. Dorothy shared that seeing that big Christian family reading the Bible together, praying and singing together made her realize that was what she wanted: to raise a large Christian family. Her commitment to do that guided her life and impacted her children’s lives immeasurably.

During the summer of their engagement Dorothy moved to California to live with her mother, Alma, and Bruce. Dorothy and Phil sent vivid, passionate, and entertaining letters back and forth which have become family treasures. Phil was working on his family’s ranch in Colorado and she worked at Woolworth’s food counter and planned their wedding, designing and sewing her wedding dress, a bridesmaid dress for her sister, Faye, and a suit for her mother to wear to the wedding. After they married in Sept, they headed back to Fort Collins for Phil to complete his engineering degree.

Dorothy worked as a children’s librarian and Phil worked grading papers at the college. Just before Phil’s last year of college they found out Dorothy was expecting. She was told it wasn’t acceptable for a pregnant woman to work in the library, but Dorothy would not quit and instead she was moved to the back of the library and worked binding books. Kathy Sue was born in December, and they lived on a shoestring to make it through to graduation in June 1956. Dorothy, always the planner and budgeter, said thatafter paying all their bills they had $5 extra every month to spend on something fun, like a movie.

After Phil’s graduation, they moved to Worland, Wyoming, where Terri Lou, Richard Allen, and Mark Edward were born. Dorothy had her hands full; gardening, canning, sewing, and raising four children under the age of 6 years. Seeing pictures in National Geographic of green hills and beautiful fruit trees, a dream was planted to move to the northwest. They lived in Portland for one year then moved to Pasco the summer of 1962 when Dorothy was pregnant with her fifth child, Virginia Faye. She often said Ginger was like the icing on the cake.

Over the years Dorothy became a vital part of the church they joined, now known as Hill spring Church. She was head of the children’s ministry, on the board of directors, and later was the church bookkeeper. Dorothy and Phil led various ministries, including Silver Eagles, whose motto was “the rest of life is the best of life.” Dorothy was very involved in women’s ministries and was recognized with the 1985 Mother of the Year award and the 2008 Angel Among Us award. She also hosted the cancer support group, Can Survive.

Among other things, Dorothy was known for opening any group she led with a joke or two. She believed that no matter the situation, humor would ease the stress and laughter was medicine. She had a personal relationship with Jesus and within the last year, although her memory had been fading, sang the chorus of the hymn, In the Garden several times in a row after her son, Mark, began singing it to her. She believed that she was here to be a blessing and that the antidote to discouragement was to “count your blessings” and she would often remind her kids of this.

Growing up as Dorothy&#39;s kid was a blessing, indeed. She read them hundreds of books and her kids loved hearing her voice at night before bed. She made chores charts in the summer, planned adventures, picnics, and family camping trips – precious family time spent together thanks to her effort and creativity. She taught her kids to serve and not to wait until something was your special gift – sometimes the work just needed to be done! She taught compassion, hospitality, and served food to many – hundreds of funeral dinners were organized by her. She was an entrepreneur and after her children were grown she started her own bookkeeping business. She introduced her children to Jesus at the time they were born and in her eyes and life they saw His love for the world and for them.

She spent hours preparing food on Saturday nights, bathed 5 kids, put curlers in hair, ironed shirts and dresses (that she had sewn), then got up early and finished preparations for Sunday lunch, which would be served to their family and another family who was invited for a meal after church (often at the last minute). Her pot roast, homemade jam on homemade rolls, her special Chocolate blanc mange (fresh hot chocolate pudding with ice cream), peanut butter brickle milkshakes, and other handmade creations were made with much self-sacrificing love. Her children were surrounded by the security of God’s love which was easy to accept because it was acted out in front of them.

Her grandchildren adored her hilarious sense of humor and unsinkable love of life. They all have memories of the magic that was getting to go to Gramma and Grampa’s house to make no-bake cookies, play on one of their Apple computers, pick berries or flowers in the yard, and get marshmallows. She had all of the grandkids names in many places around their home and even written in sunbaked blue wall putty on the dashboard of Phil’s truck. All of her grandchildren grew to be taller than her and she was fond of reminding them: “You may be taller, but you’ll never be smarter!” And smart she was! Dorothy was known to have the sharpest and quickest wit in the room, and always full of insight and wisdom.

She was deeply committed to doing everything she could to support her family as well as the people who needed her love and care. Day after day, her journals are full of her earnestly asking God to help her give her best to others, and of cheering herself on when days looked daunting. “Go, Dorothy! Go!” she wrote. At the same time, she encouraged herself to accept that she also needed to trust God to do His part when she hit her own limits.

In February 2015 Phil and Dorothy moved from their home in Richland to Parkview Estates. They were often found in the dining room still visiting with friends when other tables were empty. They found people at Parkview Estates who needed encouragement and Dorothy was often heard to say to many of the residents and staff, “God loves you and so do I!”

In June 2019 they attended the wedding of their granddaughter, a family reunion, in Salem Oregon. They were able to celebrate their 65th wedding anniversary together in September of 2019. The couple was so deeply interdependent that each of their health and well-being was bolstered by the other. As Dorothy’s memory faded, Phil’s health declined rapidly and he passed away in November 2019, heartsick in seeing Dorothy’s memory slip away.

In June 2021, Dorothy developed a serious illness and was brought to the Brault home, where Kathy and Mark had brought Phil and Dorothy for family dinners every Monday night for years. All her kids joined her bedside and she was sung to, hugged, pampered, read to from her personal Bible, and loved on for 2 weeks before Jesus called her home.

It is a deep joy to her family to know that Phil and Dorothy are again reunited in heaven, probably taking a road trip across paradise.

Dorothy is survived by her brother, Jim Peterson of California, her children, Kathryn (Mark) Brault, Teresa (Pat) Geluso, Rick (Theresa) Boucher, Mark (Jenny) Boucher, Ginger (David) Marshall and numerous grandchildren and great-grandchildren. She was known for her love of fun and laughter, her compassion, and she mirrored the joy of Christ.