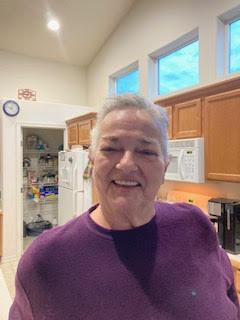 Our beloved Lisa Louise (Kernodle) Mead found peace July 19, 2021, after her brief battle with cancer. She was born Feb 26, 1959 in Gary, IN to Richard and Lela Kernodle. The youngest of 4 siblings, Lisa attended school in Las Vegas, NV and LaGrangeville, NY before the family settled in Richland, WA in 1975. She graduated from Columbia High School in 1977. She married her high school sweetheart Chris Mead and had daughter, Melissa L., March 17, 1983.

Lisa earned her LPN in 1992 and also proudly volunteered for Columbia Basin Dive Rescue in 1994. She achieved her RN in 2002 from Columbia Basin College. Much of her nursing career was spent with Kadlec Medical Center or in retirement facilities where she could meticulously care for the sick and injured. She retired from nursing, following a total knee replacement, in 2016.

Graveside Celebration will be handled by Sunset Gardens in Richland, WA October 7th at 2pm. Memorials may be made to the American Cancer Society in Lisa’s honor.