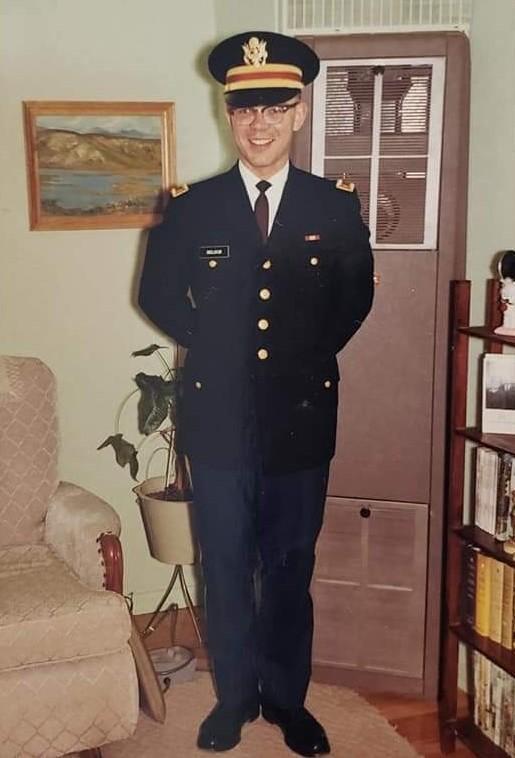 David was born in Fort Meade South Dakota to Adele and Arnold Nelson, and grew up in Sturgis South Dakota where he attended school before graduating from the South Dakota school of mines in Rapid City South Dakota.  After graduating he worked at Boeing in Seattle for one year.  He then entered the Army where he served as well as the ROTC and was honorably discharged.

In David’s early years he had a large paper route and was a good student.  He enjoyed hiking in the Black Hills, hunting with his B.B gun.  He lived with his mother and grandmother as his dad was deployed in Germany in the Army during that time.

In his life, some of David’s greatest accomplishments were being a captain the army and in charge of the missile site in Alaska, working at Hanford, and being one of the earliest computer programmers and being a proud father of 2 kids..  David served on the Republican Party committee and was a treasurer for the Nazarene church.

He loved being a rock hound, collecting gems all kinds of music, and traveling.