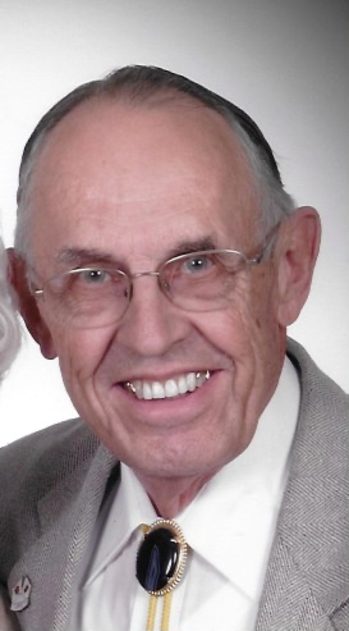 Everett A Weakley peacefully passed away on August 23rd, 2021. Ev was born on June 5th, 1928, to Edgar & Florence (Shortledge) Weakley. He grew up in Peck and Orofino, Idaho. After his mother passed away when Ev was young, Edgar married Olive Hardin, who raised him as his loving mother. Ev’s childhood was filled with hunting and fishing in his beloved Idaho mountains. An only child, he was close to extended family, including aunt Ruth (Shortledge) Maynard, his cousins Douglas Hunter and Alene (Hunter) Maria. Attending school together with is cousins in Orofino where they were taught by Ev’s father and step-mother.

Ev graduated from Orofino High School (Home of the Maniacs!) in 1946 followed by the University of Idaho in 1950 with a B.S. in Chemical Engineering. During his college days, he worked as a firespotter for the US Forestry Service at Goat Mountain, ID, where he spent summers at a lookout, deep in the Rockies. After graduation, he worked as a chemical engineer, primarily in reactor fuel element production for more than 44 years at Hanford. Employers throughout the years included General Electric, UNC and Westinghouse. He retired in 1994.

Ev met the love of his life, Eileen Kritzer in 1951 when both were living in the dormitories for Hanford workers. They were married at Christ the King Church in 1953, where they remain parishioners to this day. He was the proud father of 7 children, 17 grandchildren and 8 great-grandchildren (with one on the way!).

Ev participated in many affiliations throughout his life.  He was a member of the Knights of Columbus, and the Grand Knight from 1967-68, overseeing the construction of the current hall in Richland. Memberships in the Elks, Richland Rod & Gun Club, Richland Bowling League, American Society of Metals, and others kept him active in the community. He shared his faith through the Full Gospel Business Man’s Fellowship International, attending conferences and local meetings; teacher in the Couple to Couple League, membership in the Right to Life organization and participating in Cursillo retreats.

Ev enjoyed many social activities including square dancing with the Columbia River Square Dancers & Road Runners, stamp collecting with a focus on an international nuclear theme, and games of all types.  He was a gold-medal winning horseshoe player at the Richland games, cribbage, darts, a pool player and loved card games of all types. Ev was an avid deer and bird hunter, enjoying the outdoors with his sons and good friends. Vacationing to Ev consisted of heading to the remote mountains for fishing and camping. Later he discovered the joys of cruising to Alaska, Hawaii, and Panama with Eileen and friends.