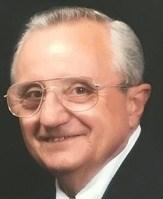 Jay Rhodes passed away on August 23 at Kadlec Hospital during a cardiac procedure. He was preceded in death by his three brothers and beloved younger sister. He is survived by his wife of 68 years, Bettie, his two daughters Jayne (John) and Beverly, and four grandchildren Amy (Mike), AJ, Maxx, and Jaycob, who were his heart. Born a twin on December 1, 1929 in Jacksonville Florida, Jay was proud of his Floridian and South Carolinian roots, specifically the fact that an ancestor of his maternal grandmother fought alongside the legendary “Swamp Fox”, Francis Marion, during the Revolutionary War. Jay joined the Navy in 1948, serving as a Medical Corpsman in Bremerton Naval Hospital and on the U.S.S Eldorado during the Korean War. Upon leaving the Navy, he started working construction in Portland with his good friend, Earl Grant, eventually moving to the Tri-Cities to continue various construction jobs. Jay was a proud member of the Ironworkers Union Local 14 for over 65 years, becoming a nationally recognized Labor leader as President and Vice President of HAMTC, the largest Metal Trades affiliate in the country. He also served the community as a member of the Kadlec Medical Center Foundation for 10 years. Using his integrity, power and influence with Congress, DOE and the Union General Labor President for benefit of Labor, Hanford and the community, Jay was instrumental in the formation and funding of the Volpentest HAMMER Federal Training Center. It was Jay’s strong words and commitment to worker safety that united the many General Presidents to work with TRIDEC, Congress and DOE to get HAMMER built and funded. In retirement Jay continued his service to Labor and HAMMER by mentoring young labor leaders, participating in Steering Committee activities and informing elected officials of the many attributes of the Tri-Cities and Hanford. In his personal life, he enjoyed hunting and fishing and part-time farming. A Canadian moose hunting trip he once took while recovering from a broken neck is one of the many great stories his friends and family will remember him by. Services will be held at a later date, to be arranged by Einan’s.