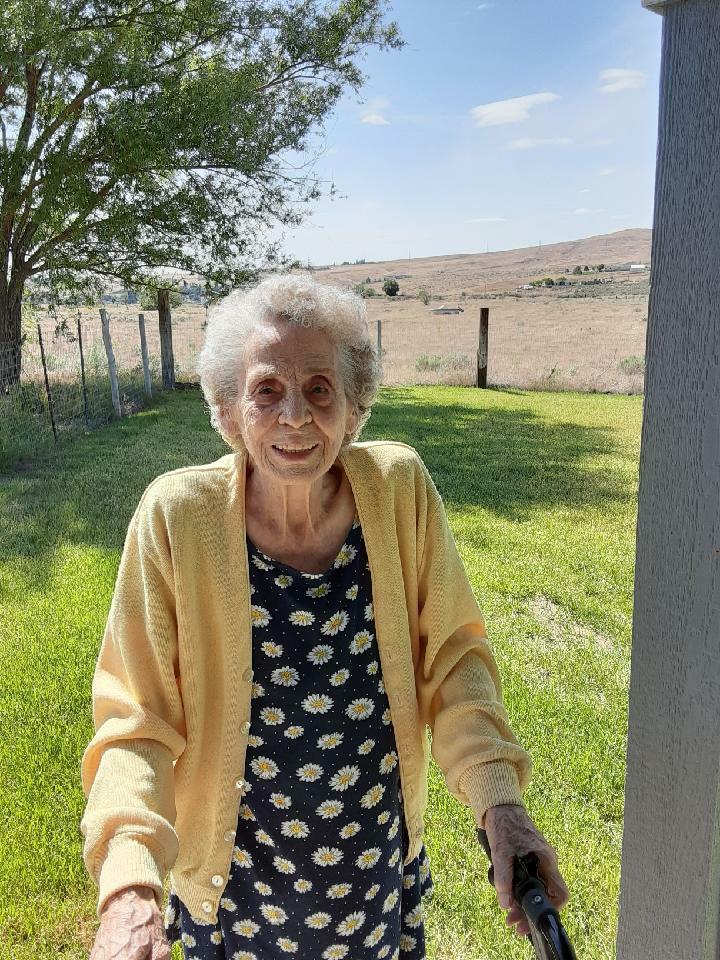 Joyce LaVonne Parker Jakes went to be with the Lord on August 23, 2021 at the age of 92
at Kadlec Hospital in Richland, WA surrounded by her beloved family.
Joyce was born on October 15, 1928 to Maude and Franklin Parker in Chehalis, WA. She
grew up in the Portland area and graduated from Commerce Business School in 1947.
Joyce met her future husband, Boyd Jakes though his brother and corresponded with him
while he was in the Navy. After the war they were married on November 6, 1948. They had
three children, Teresa, Bly and Patty. Every Saturday was a special day for us. We would
do our weekly shopping and stop by the Rexall Drug Store for black and white sundaes. In
the evening we had our usual Saturday night dinner of spareribs, potato salad, pizza and
garlic bread. (We’d never be surprised when someone shows up at dinner time.)
In October of 1949, she started her long career with the Union Pacific Railroad. In
September of 1987, she retired as Head Clerk. She was active with the railroad
retirement group that met every month, and even after retirement, when they moved to
the Tri-Cities to be closer to her mother, she continued to come back to Portland for the
meetings and to be with her friends.
Joyce was a wonderful wife, mother, grandmother, great-grandmother and friend to all
who knew her and will be greatly missed. (She was known as “Grandma Joyce” even to many
people not related to her by blood.) She enjoyed roller skating (she could dance with
partners on skates), hunting, fishing, golf and bowling. Joyce was a true helpmate, since
she worked with Boyd on countless building and remodeling projects. . If you ever had the
opportunity to meet Joyce she always left you feeling like you have known her forever.
Joyce was a member of the NW United Protestant Church and enjoyed her many friends
and the opportunity to volunteer on the Hospitality Committee where she provided cookies
once a month. She also served as a Deacon. She was also a member of the Women’s
Fellowship Group and attended them regularly. Joyce was known to bring wonderful salads
for the potlucks.
Joyce was preceded in death by her father Franklin Parker, brother Ivan Parker, parents
Maude “Pat” and Leonard Nichols, husband Boyd and daughter Bly Baldwin. She is survived
by her daughters and their spouses, Teresa and Bob Shaw, Patty and Steve Spencer;
grandchildren Doug Shaw, Tracy and Jay Groom, Lynda Baldwin, Matt Spencer, Melissa
and Marc Moore; great-grandchildren, Grady and Beau Groom, and Carrie and Emily Moore;
brother Dean and wife Carla Nichols; sister-in-laws Marji Parker and Martha Parker.
The service for Joyce will be held at NW United Protestant Church, 1312 Sacramento,
Richland, WA on Saturday, October 2, 2021 at 1:00pm.

In lieu of flowers ,memorial contributions may be made in her name to NW United
Protestant Church, SW Radio Bible Church, Hillsdale College or Albertina Kerr.