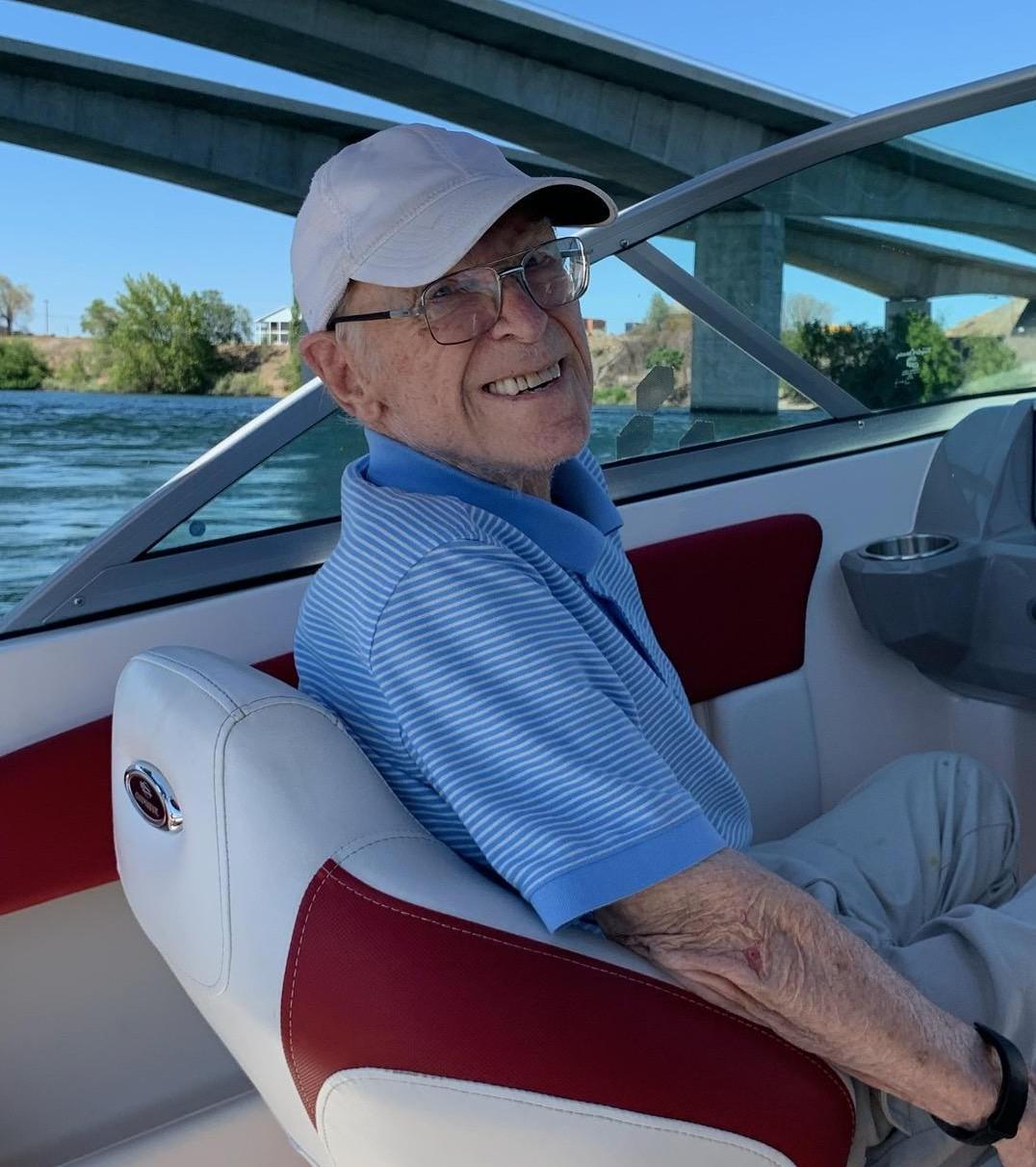 Our father and grandfather, Russell Dean Stamm passed on  August 28, 2021 in Kennewick, WA.    Russell was born on June 3, 1929 in South Gate California, the 4th child of Carl and Viola Stamm.  He grew up in Oceanside and Venice California and except for a couple of years in El Paso Texas and Richland Washington, he lived most of his life in California.   He graduated from Venice High School in 1947.

Russell was an exceptional athlete, lettering in multiple sports at Venice High School and participating in baseball, softball, bowling, table tennis, hunting, deep sea and lake fishing as an adult.  He coached girls softball, little league, and was a leader in Indian Guides.   He worked at Rockwell as a Quality Engineer which first brought him to Richland in 1978, before he returned to California, retiring after over 30 years.  He honorably served in the Korean War.  Dad valued education and went to night school, graduating from Cal State Fullerton in 1971 while working full time and moonlighting jobs so that he could better his career with Rockwell, which began with North American Avionics in 1950.

In his retirement, he traveled to many countries and went on several cruises.  His last trip was a few years ago on the Sternwheeler that stops in Richland.

Russell passed along the love of sports to his children, who then passed that love to their children.  In addition to sports, fishing and hunting, camping were other activities that he enjoyed with his family as they grew up. Dad provided all manner of support to his family. He was the sweetest man and will be missed terribly.