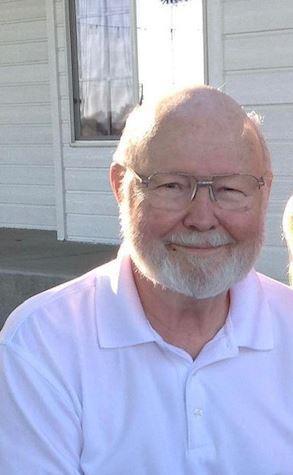 David Ernest Kidder was born in Marshall, Minnesota on July 14, 1942, to Robert and Gudrun Kidder.  David passed away recently after fighting the effects of a stroke in July of this year.

After graduating from Marshall High School in 1961, Dave went to Bemidji State College in northern Minnesota before joining the ARMY in 1963 and served in Germany for three years. Upon returning home, he moved to Minneapolis and began his career in Purchasing, working for several corporations during his lifetime. The last forty years of his life he lived in Richland, Washington working for several different prime contractor companies at the Hanford Site.

Dave loved the outdoors and going for hikes in the forests and camping in the mountains in his younger years. In his later years he loved to walk along the trails of the Columbia River and observe the flow of the river and the people in the park. He often said that it was out in nature where he felt closest to God.

He was also a huge sports fan and followed all the pro teams in Basketball and Football and Baseball. He had a lifelong love of reading and learning and had a huge library of books. He considered himself a lifetime student of history, and many other subjects. One of his favorite quotes was by Harry Truman who said, “The only thing new in the world is the history you do not know”.

He will be best remembered by his family and friends as man who could always be counted on to share his knowledge and wisdom about anything. Dave was a teacher to all who knew him and was always willing to start a conversation or a debate about People, Country, or anything else in the Universe. He had a keen sense of humor and always loved a good joke or a funny story. Dave was a generous man and was always willing to help his family and friends or a stranger that just needed a hand.

Dave touched the lives of everyone he met. To him the most important thing in life was the connections he had with his family and friends and coworkers. He said he was not a materialist, the physical things in this world were not really too important. To Dave the thing that mattered most was the love and friendships he shared with others.

He is survived by his sisters, Shirley Hazen in Maine, and Lynn Eyton, in British Columbia and his brother Mark Kidder of Pasco and his great family of friends in the Tri-Cities and in Minnesota.  He will be dearly missed by all who knew and loved him.

There will be no public funeral service and his ashes will be scattered in the Cascades Mountains which he loved.