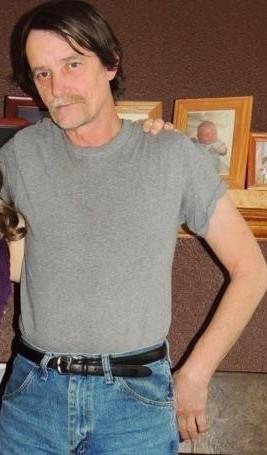 Douglas L. Christensen was born March 30, 1956 in Pocatello Idaho and passed away at his
Kennewick home on September 8, 2021.
As a young child Doug moved from Pocatello to Seattle and then to Kennewick Washington where
he would live the majority of his life. Doug was a kind and loving father, son and brother.
Doug was a proud 1975 graduate of Kamikan High School. Growing up he would often help in his
parent’s pet store, Chris and Carol’s Living World. After high school, Doug enlisted in the United
States Army. He would eventually receive an honorable discharge and return to civilian life. Upon his
return to the Tri-Cities, he would begin working as a janitor at various local government and business
locations throughout the Tri-Cities. This was not always a popular occupation however; this is a job
Doug did with much grace and respect. Doug also was a valued paper carrier for the Tri-City Herald
for the past 20 years.
For pleasure, Doug loved the outdoors. He enjoyed fishing. He loved yard and garden work. He
would spend much time working in his parent’s yard especially preparing for the local hydroplane
races. He was also an avid square and round dancer with various local clubs. Doug found much joy
spending time with his daughter Sabrina and as she grew up and you could often see them hunting
for jackrabbits in the desert. He was also very fond of most animals especially cats. He also found
great pleasure spending time with Sabrina and her horses and would accompany her out on the trails
of W E Johnson Park.
Doug was preceded in death by his daughter Angelica Christensen, his sister Jacqueline St. Claire, his
sister Doreen Bennett and his sister Darlene Luque. He is survived by his daughter Sabrina
Christensen, his parents Carol and Leonard Christensen, his sister Linda (David) Koontz, his sister
Marie Christensen, his brother Carl (Tracy) Christensen. He is also survived by numerous Aunts,
Uncles, cousins, nieces and nephews.