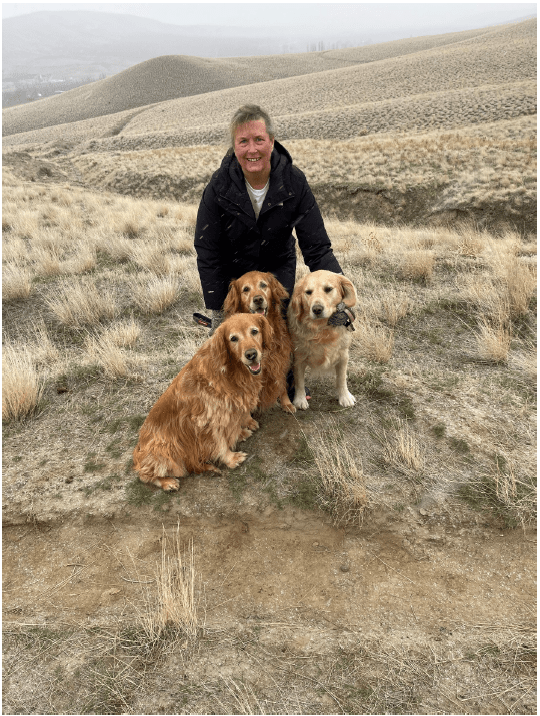 Geraldine (Gerri) Kay Craig, age 58, went home to be with her Lord and Savior Wednesday, September
1, 2021 after a courageous battle with cancer. She passed away peacefully in her longtime home in
Pasco, Washington with her husband at the foot of her bed and her family on her mind.
Gerri was born to Kenneth and Cecelia March on December 4, 1962 in Westminster, California and
moved to Burbank, Washington in high school. She accepted Jesus as her Lord and Savior in 1970 and
married her high school sweetheart, Richard Craig on September 4, 1982.
Gerri attended WWCC and YVCC where she played volleyball and tennis. After completing school in
Yakima, her and her husband moved to Pasco and bought their first house where the two real joys of
her life were born, their son Michael and daughter Amber. Just prior to 2000, they all moved to Friday
Harbor for a little over a year then back to Pasco into a new house that she made a home.
Gerri was an instrumental part of the family business, even though she tried to quit numerous times.
Since her last name was part of the company name the family voted and told her she wasn’t allowed to
leave. Previous to working at Craig-Co she enjoyed working and making friends at Young’s Connection
and Youngs of Pasco.
Gerri was a long time, active member of the First Baptist Church of Pasco. She enjoyed teaching kids at
Sunday School and mid-week Salt Seekers, directing VBS with her husband, attending women’s bible
study, making award-wining chili and always encouraging whomever she could. Throughout the years,
outside of family and church, she enjoyed playing volleyball, camping, going to Disneyland, watching and
coaching her kid’s sporting events, working with her dogs and being a wonderful aunt, wife and mother.
Gerri left behind her husband Richard of 39 years, her son Michael (his wife Ally and their 3 children
Logan, Hadley and Linley), her daughter Amber (her husband Taylor and their daughter Emerson), her
mother Cecelia, her mother-in-law and father-in-law Nancy and Mike, her sisters Sandy, Linda and
Frances, her sister-in-law Sue (her husband Matt) and numerous nieces and nephews. Gerri was
preceded in death by her father Kenneth.
A service to honor Gerri will be held with friends and family in her own backyard with a small family
graveside service to follow at City View Cemetery in Pasco. In lieu of flowers please consider a donation
to the Tri-City Cancer Center or the Seattle Cancer Care Alliance.
Gerri will be greatly missed by all!