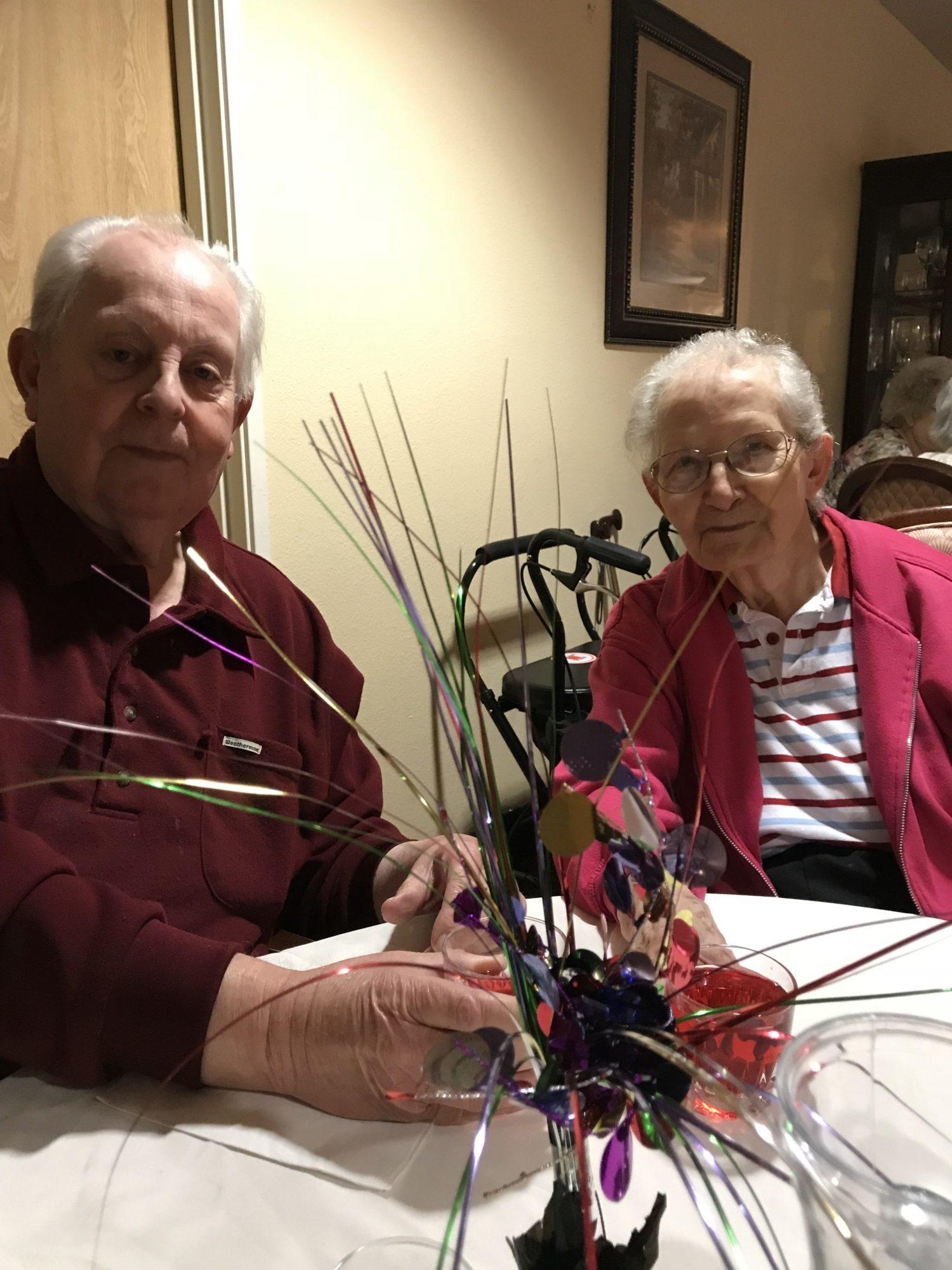 Born Theresa Louise Lauer on January 11, 1928 in Chicago, Illinois to Catholic German parents whose immigrant families had settled in Schoenchen and Hays, Kansas.  Her parents, Alexia Werth and George Lauer, were teenagers when they met and married.  By the time Louise was in elementary school her parents had separated and the divorce was final in 1938.  By then, Alexia was working to support her three young children, Louise, Verne, and Jean, at a cafe in Blackfoot, Idaho. There she met a handsome rodeo cowboy named Gustave Johnson.  It was love at first sight, and they married within a week, picking apples to pay for their marriage license!  The children immediately adopted the last name of Johnson and later Gus adopted all three formally. He already had four children; Edward, Larry, Carolyn, and Pat, who lived with his former wife. Their last child, Bennie, was born a year later.  The family eventually settled in Rupert, Idaho.  As the oldest Louise had a lot of family responsibility, but also a great sense of humor.  She and her siblings loved to clown around, make faces, and  play tricks on each other.

Louise graduated from high school in Rupert while working as a soda jerk and being the Secretary/Treasurer of her class.  Upon graduating she immediately left for Western Union Telegraph school in Salt Lake City to train as a switchboard operator, choosing Portland, Oregon as her first job assignment.  She lived in a strict boarding house with other young women and dated as much as she could so she would have free dinners!  She loved swing music and often went out to supper clubs for dancing.  In Portland Louise met William Henry Banks ll, (Bill) who also loved music, and they married in 1952.  Their first child Billy, was born in Sandpoint in1953, followed by Vicky in Boise in 1954, and Gary in Billings in1957.  Despite moving so often for her husband’s work as a radio disc jockey, Louise took many arts and crafts classes and made metal reliefs and small paintings.  She also learned to play the harmonica and taught her children many songs to sing during long roadtrips. At some point she learned to balance a spoon on her nose, which her children found hilarious. In the early 1960’s Louise and Bill, now living in Spokane, Washington, separated and then divorced.

After that she raised her three children all on her own, working as a waitress, file clerk, and then insurance secretary.  People often commented on the good manners and independence of her children, of which she was very proud.  During these years she still found time to volunteer, acting as church treasurer for years.

When the kids were in high school, Louise met Neil Schmitt and they dated and danced for about a year before marrying on June 5, 1971, in Coeur d’Alene, Idaho.  Besides dancing together the couple shared a German heritage of being raised on a farm, a solid work ethic, a united front on politics, and a love for roadtrips, pinochle, and board games.  Eventually she converted to being a WSU Cougar football fan and enjoyed going to games with Neil.  They also volunteered together at election polling places.  Louise and Neil had their 50th wedding anniversary just this year.

During the marriage they began a construction business, creating one custom home at a time; first in Spokane, then Seattle, and finally in Las Vegas, Nevada.  She was back to moving every year or two 🙂  They were successful working together and saved enough money to retire. However, retirement happened when Mom was in her late 70’s, still helping Dad to stain wood and lay tile!  As Dad always commented, “she had an eagle eye for anything that didn’t look perfect.” They retired in Las Vegas, and eventually moved back to Washington, settling for good in Richland, where Neil will still reside.

In her late 80’s Louise was diagnosed with Alzheimer’s which caused a gentle and then severe decline in her cognitive ability. This was a sad development for her family, as we had always thought her to be one of the smartest people we knew. Yet, she never lost her sense of humor, and was still cracking jokes with staff at assisted living.

She passed away peacefully on September 14, 2021, in Richland, Washington, and leaves behind many fond memories with all of us.