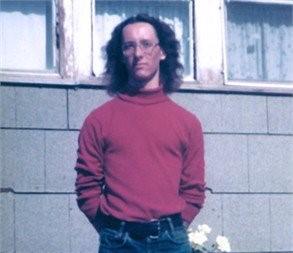 Milton Reed Payne, age 62, passed away of Cardiac Vascular Disease and Covid on
September 26, 2021, at an assisted living facility in Colfax, Washington.
Milton was born in Richland, Washington on March 31st, 1959, to Jennie and Earnest
Payne and was the fifth child of a large, blended family of seven. Like his older siblings,
he attended Spalding Elementary School and Carmichael Junior High in Richland
before moving to Seattle, Washington with his mom and two younger sisters after his
parent’s divorce.
During his childhood in Richland, he spent most of his summers at George Prout
swimming pool, Richland Library, and taking month long camping trips across country to
visit his grandma and cousins in Oklahoma with his family where he would attend his
tribe’s Pow Wows and enjoy his grandmother’s special Indian fry bread. Those
vacations also included seeing the sights along the way which resulted in visiting almost
every state in the country. As a teenager in the 1970s, he enjoyed listening to rock and
roll music, going to a few concerts he could afford and spent much of his time buying
and exploring the newest album releases with Led Zeppelin being his favorite band. He
also worked at a local family restaurant after school and was especially proud of the
experience he acquired while working there. That job served as a source of inspiration
which sparked an interest in cooking of which he loved to discuss whenever he got the
chance. After surviving a severe car accident which left him with a head injury, broken
arm and missing many days of high school, he was able to get caught up and ultimately
graduated from Tyee High School in Seattle/SeaTac.
Even though he struggled with schizophrenia most of his adult life, he worked as a
Hanford Bus Driver, Custodian, and a Newspaper Carrier when he was able to,
attended Jehovah Witness Church services and was always there to help others
whenever he saw their need. Occasionally he would take the time to write a thoughtful
handwritten letter to a sibling who he hadn’t heard from in a long time. He was
independent, modest, kind and never asked for anything. As one of his sisters put it,
“his humility, kindness, and common sense was pretty near perfect”. You’re now at
peace Milton and your kind soul will carry on forever and never be forgotten. You were very
much loved.
He was preceded in death by his parents and survived by his siblings Donna Payne, Nancy
Slagle, Rodney Slagle, Douglas (Payne) Noblehorse, Mary Ann (Payne) McAllister, and
Carmella Payne. A private memorial will be held but donations are appreciated and may
be sent to https://donate.nami.org. NAMI Eastside is in Redmond, Washington and is a
mental health organization that helped Milton and others suffering from mental illness.