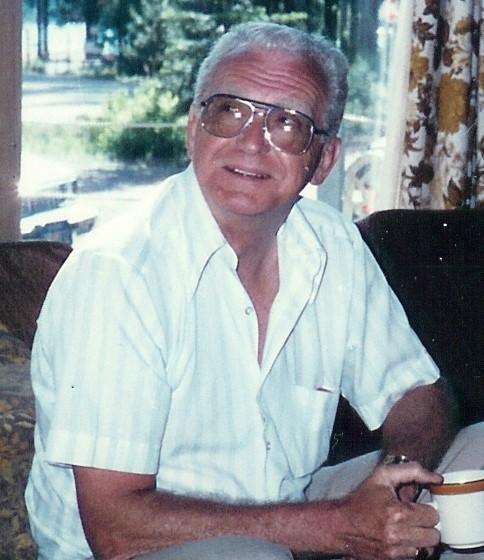 Donald K. Bailey, 88 years old, passed away peacefully in his sleep on October 13, 2021, from a broken heart, shortly after his wife died two months earlier.

He was preceded in death by his wife of 60 years Christine, and beloved granddaughter Valerie Cartillar-Ndoj.

Don was born on August 25, 1933, the only child to Donald and Mildred Bailey.   After high school graduation he enrolled in the US Navy Reserves, went on active duty, and was transferred to Annapolis Severn River Naval Command where midshipmen were trained for preflight checkout in sea planes.  Following his service, Don held many management positions and his last position was at Hanford as a respected manager of Fabrication, PUREX, UO3, and B-Plant.  Don retired in 1994.

He met the love of his life, Christine, and they were married on February 24, 1962.   We found a note Christine had written to Don:

He would want to be remembered as a private man and a man of few words but when he spoke – you listened, his integrity did not allow him to sugar coat anything and you always got the truth, his vehicles were always impeccable – sometimes you could slide off the leather seat as they were cleaned with Armor All, he could fix anything, he loved watching Raiders football, loved taking care of all the dogs he had over the years, making squirrel houses for the squirrels in his birch trees and feeding them, and going on camping trips.  One family tradition we have is taking a photo with Santa hats at Christmas and he especially loved wearing the Santa hat for the family picture, not!  It’s a guarantee his family will wear the Santa hats this year at Christmas in honor of Don and Chris.

But more importantly he will be remembered and respected for his commitment, time and the love he gave to his family because he always said and lived, “family is everything.”  His love, patience, understanding, and wisdom will live on inside us forever.  He gave his family gifts that are more precious than anything in this world, and for all that he gave, he was loved fiercely by his family and will be missed the rest of our days.

Everyone that remembers Don is asked to celebrate Don’s life in their own way, raising a glass of their favorite drink in his memory, would be appropriate.

Einan’s at Sunset Gardens will be assisting the family with a private service.