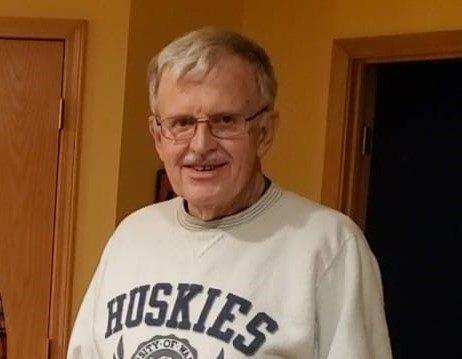 On October 9, 2021, George Art Jacobson left this world to be with his Lord and Savior, Jesus Christ.  George was born January 21, 1940 in Riga, Latvia to George Alexander Jacobson and Erna Matros Brustmann.  George, his father, and grandmother escaped from Latvia, in 1944, as the Russians were invading.  God continued to protect George and family during air raids and their escape from East Germany. When WWII ended, George’s family started the five-year progress to immigrate to the United States.  In August 1950, they arrived in the United States and made New York City their home. They moved to Michigan in 1955 where George completed high school.

After graduation from high school, George entered the University of Michigan.  While there he met the love of his life, Janet “Jan” Young.  He graduated with a BSME.  They were married on August 31, 1963 in Detroit, Michigan and spent their honeymoon driving across the country to Sacramento, California for  George’s first job with Aerojet General as an aerospace engineer.  He designed the Space Shuttle Orbital Maneuvering Engine.   While living in Sacramento, George attended Sacramento State University where he earned a Master’s degree in Engineering. They remained there until 1974 when he began work at FFTF on the Hanford Reservation.  He moved his family up to Richland, WA for 2-5 years, but they fell in love with the area and never left.

George loved being active in ASME and served as the Regional Vice President in the early 80’s and served on the Board for many years..  He was an active member of West Side Church in Richland, where he enjoyed participating in Tool Time.  He also served on the Board of Directors for their homeowners association both in Richland and in Maui. He loved traveling.  His favorite places included Maui, the Oregon and Washington coasts, and Europe.  His most memorable trip was the one to China where his granddaughter was adopted.

The family would like to thank Chaplaincy Hospice Care, Home Instead caregivers, and Nina for their care and support of George and the family.  In lieu of flowers, memorials can be made to Chaplaincy Health Care, 1480 Fowler, Richland WA or West Side Church, 615 Wright, Richland WA..

A family graveside service will proceed the 1 p.m. memorial service on October 23, 2021 at West Side Church, South Building, 603 Wright St., Richland WA.  Due to Covid-19 masks are required at the church.   Einan’s is in charge of burial arrangements.