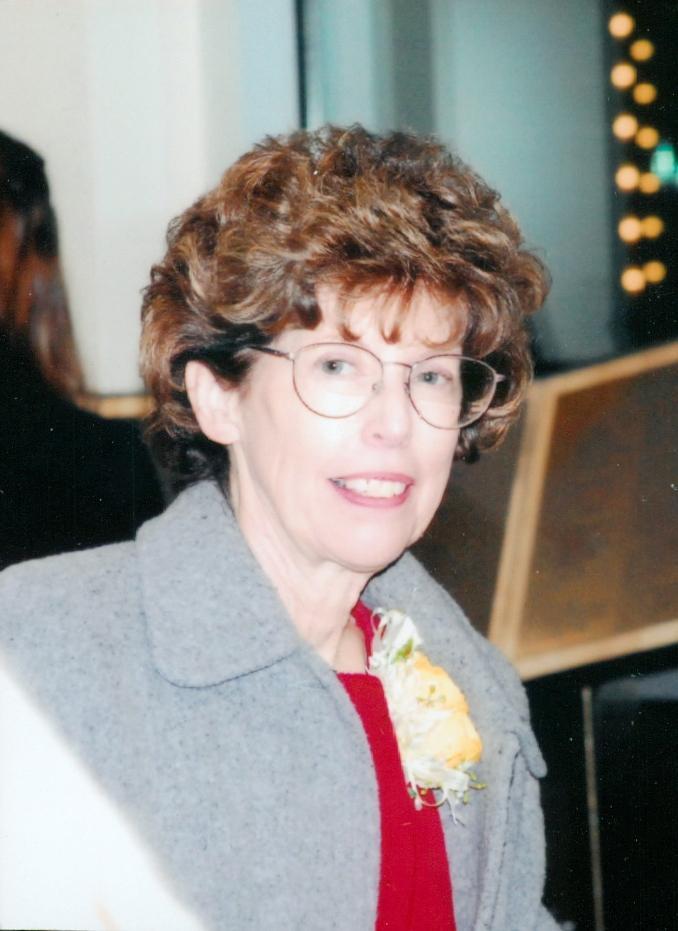 Nancy closed her book for last time on this earth, Halloween, October 31, 2021, and has begun a new chapter in heaven. Found at home with a book in her lap, she died peacefully doing what she loved best. All who knew her understood her expert knowledge of historical events pertaining to English culture throughout the years.

Nancy Ann Ferguson was born June 3, 1943. Her loving parents were Earl Ferguson and Lillian Everson Ferguson. They were living in Chinook, Montana when they happily welcomed their new baby daughter. Lillian’s brother and sister-in-law, Harold and Lucille Everson of Reserve, Montana brought their young daughter, Sharon, to Chinook so the two girls could be baptized together. That began several years of visits between the two families so the two only children could be playmates.

The Fergusons later moved to Great Falls, Montana where Nancy grew up and attended school. Her college years were at the University of Montana in Missoula where she studied history, education, and library science.

Nancy’s first school of employment began in Havre, Montana, where she met and later married James T. Murphy in 1968. As a couple, Jim and Nancy, continued their teaching careers together in Prosser, Washington. Jim focused on coaching and Nancy on library science. With her skills, Nancy helped many a student with their book choices, history, and English growth. later, the two took positions in the Richland, Washington school system, with Jim teaching history and coaching girls high school basketball and Nancy continuing in the libraries at Richland High School and Hanford High School. Richland became their permanent home while their careers were marked with notable success until retirement.

Nancy and Jim had no children of their own, but their door was open to many school children. They took on a foster daughter, Tori Baker, one of the players on Jim’s basketball team. Nancy remained close to Tori through the years.

They had a big heart for animals and they adopted several small dogs, giving them a home. Nancy was particular about their health care, diet, and appointments. She was also there to help friends and family with their needs. She too bravely faced her own health issues.

Jim and Nancy liked to travel within the Western United States, often to their home state of Montana. At home, they often hosted pinochle games and if Nancy wasn’t reading, they enjoyed music, sports, and TV. In later years, Nancy joined an exercise class and also attended Hillspring Church regularly. Nancy stayed involved in the Montana farm that has been in her mother’s family for generations and kept up on agriculture news. She enjoyed family and was especially close to cousins Sharon Graue and Don Prince and in-laws Leonard and Donna V’Dovic. There was a sharing of holidays, stopovers, and many long phone chats.

Nancy was preceded in death by her parents, grandparents, husband Jim, foster daughter Tori Baker, in-laws Leonard and Donna V’Dovic, Nancy V’Dovic Weir, cousin Kay Bennett and several aunts and uncles. She is survived by cousins Sharon Everson Graue, Don Prince, Richard Bennett, Gayle Box, Wayne, Bob, Gary, and Stan Everson, Jim’s nieces Vickie Anderson and Brenda Nichols and others in the V’Dovic family. Nancy also had many special friends in her life: Clay and Kerry Lewis, Ginger Quaresma, Tiffany Nevala, Silvia and Wayne Meitzler, Howard and Lynne Sage and their son and daughter, John and Kimberly, and several neighbors on Prestwick Drive. Nancy’s sweet smile and disposition will be missed by all who knew her.