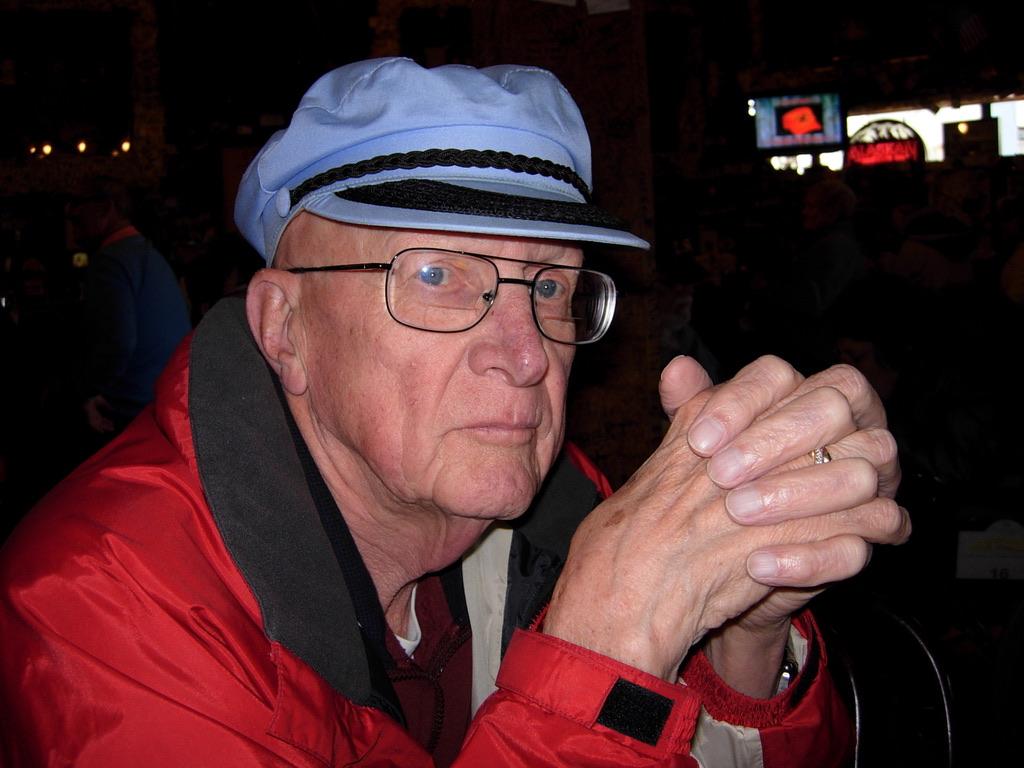 Richard was born April 14, 1934 in Troy, Idaho, the only child child of Roy Harold Nelson and Grace Irene Soderstrom.

He was raised on the family’s farm where he learned the benefits of hard work and responsibility. At an early age Richard had many chores such as planting and harvesting crops, milking and feeding the cows, gathering eggs and even at the age of 8, driving a truck whereby he had to stand to shift gears, even though he was an only child. Richard had many cousins to play with his large extended family.

Richard was an avid reader and spent most of his life reading on average a least one book a week for pleasure.  Richard graduated from Troy High School in 1952 as the valedictorian of his class. He then attended the University of Idaho where he was active in ROTC and would spend part of his summer breaks in army reserve training in California. Richard graduated from the University of Idaho with a degree in electrical engineering in 1956. After graduation, he was hired by General Electric and went to work at the Nuclear Reservation. Richard, along with three of his college classmates shared an apartment in Richland, Washington.

Not long after Richard moved to Richland, he met his future wife, Patricia “Janis” McGee. At first they were only good friends that enjoyed each other’s company but eventually their friendship grew into a deep love which lasted for the rest of his life.  Richard and Janis were married on January 30, 1958 in Pullman, Washington.

During the early years of their marriage Richard performed shift work with long changes which allowed he and Janis to do a lot of traveling. Previous to meeting Janis, the only time Richard traveled was to attend reserve training in California. After meeting Janis, an army brat who had traveled all over the world, Richard caught the itch to travel and looked forward to any opportunity to go somewhere new.

Richard and Janis decided to start a family in 1964 with the addition of their son, Todd Eric. Their daughter, Jill Erica joined the family in 1967 followed by daughter Brenna Lyn born in 1972. Richard was a loving father and enjoyed spending time with all his children in various clubs, activities, school and sporting events including a father/son Karate class with Todd.

Richard was sent by Exxon to work at the Turkey Point Nuclear Reactor in 1973. Living in Miami was quite an adventure for the family and his children especially enjoyed five trips to Disney World while living in Florida. In 1975 Richard was sent by Exxon to work in Bellevue, Washington where the family lived until 1977 when Richard was then moved back to Richland, Washington to everyone’s delight.

The family went on many vacations over the years to Hawaii, Yellowstone, many states in the eastern seaboard, the Bahamas and several trips to Georgia where many of Janis’s family lived.

After their children were grown, Richard and Janis developed a love a cruising from their son Todd who worked for Princess Cruise Line. They were hooked after their first cruise and over the years went on over thirty cruises, once even being awarded the most days at sea during a cruise to Tahiti.

During retirement, Richard became very active in Tri-Cities Industry Kiwanis. He remained active for many years in Kiwanis and enjoyed volunteering with many things such as parking at the fair, the library at the Juvenile Justice Center, and Jefferson Elementary School pen pals to name a few.

Richard and Janis spent a great deal of time in Lincoln City, Oregon where they bought a townhouse. The would go to Lincoln City at least once a month where they would stay for a week or two depending on what else they had going on in Richland or vacation plans. Richard and Janis both enjoyed spending time at the Chinook Winds casino and both won jackpots multiple times which paid for a lot of the furniture in the townhouse.

Richard and Janis’s cruising ended five years ago after a fall on an Alaskan voyage where Richard broke his hip. After that cruise Richard’s mobility was greatly decreased and his memory worsened. Eventually, after suffering an injury from a fall, Janis was no longer able to take care of Richard in the last month of his life and he went into memory care.

A memorial service will be held on Saturday, April 30, 2022 at 1:00 pm, with a reception following at Einan’s Event Center in Richland, Washington. The family asks that donations be made to Dementia Society of America, 2 Massachusetts Ave NE Washington, DC 20002 in lieu of flowers