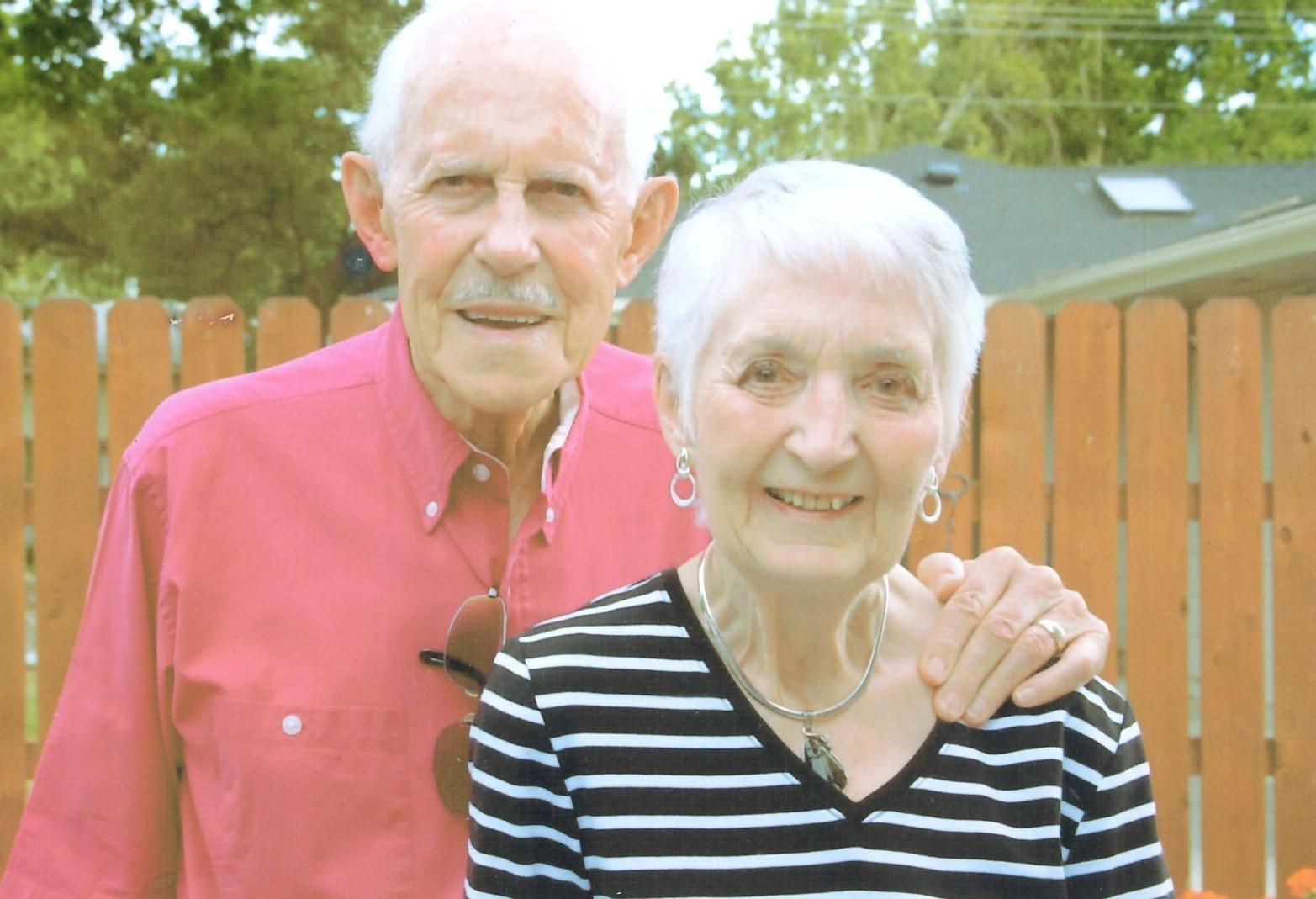 Eunice J. Hutton passed away peacefully December 20, 2021 in her apartment at Bonaventure.

Eunice was born in Butte, MT August 4, 1928 to Homer and Florence Hunt. She lived until 6th grade in the same house her mother was raised in. She graduated from Butte High School in 1946 and remained in touch with 5 close friends for the rest of their lives. She met and married Phil Hutton from Ennis, MT on September 10, 1949 and they were together for the next 66 years until Phil passed away in 2016.

Eunice and Phil moved to Richland, WA May of 1952. Over the years, Eunice raised their two children, Mark and Laurie. She always made sure the cookie jar was full of home baked cookies! Eunice was active in various capacities at Central United Church. She modeled for Lady Dawson and Annie Z stores. In later years, Eunice went to work in the pro shops at Sham-na-pum and Meadow Springs. At Meadow Springs, she went to the trade shows and picked the clothes for the women’s and men’s clothes in the shop. She also did the window displays and coordinated style shows. Eunice always decorated at home for the holidays and sent many birthday, anniversary, and other cards over the years. She walked in 17 Bloomsdays. She was a member of the local PEO chapter for 31 years.

Even after her stroke in 2009, Eunice remained fiercely independent. She maintained her “hostess mode” when a visitor came to see her. Try putting a top on the way she needed to, and you gained a whole new respect for how Eunice adapted and adjusted over the 12 years she lived with her challenges!