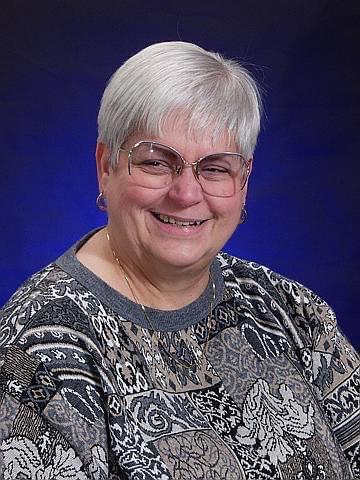 Ruth Keefe passed away peacefully at the age of 74 on December 17, 2021 at Caring Hands Adult Family Home in Kennewick, Washington.

Ruth was born in Richland, Washington to Harold and Liz Jones on December 28, 1946. She grew up with three brothers and one sister and spent her entire life in the Tri-Cities.

Ruth graduated from Columbia High School (now Richland High School) in 1965. She was a good student but music was her real forte. She could play many instruments including piano, clarinet,  oboe, and saxophone.

Ruth took part in several musicals in high school and was a member of the marching band.

For many years Ruth played clarinet in the Richland Light Opera orchestra.

On graduation from high school she was awarded a music scholarship to Columbia Basin College. At the end of her freshman year she was designated Outstanding Music Student of the Year.

Shortly after high school she met Joe Keefe while attending CBC in 1965. They dated and got married in Dec 1966. In 1967 they had son Bob Keefe. They would eventually be separated and then divorced in 1970.

The following years were difficult as a single mother but Ruth always managed to make ends meet and take care of her son.

Ruth’s first job was at The Hanford House washing dishes.

In 1973 Ruth returned to Columbia Basin College to brush up on her typing skills and try for a Word Processing position at PNNL. She work at PNNL for 30 years before retiring in 2009.

An avid sports fan, Ruth enjoyed watching the Seahawks play. However, her favorite team to keep up with was the Seattle Mariners and she watched them play any chance she got.

Ruth was a woman of many talents and hobbies, including, scrapbooking, quilting, and photographing and videotaping special family occasions. You could always count on Ruth to be behind the camera or video recorder when the family was together, and we now treasure the memories she preserved for us.

Ruth was preceded in death by her parents; Harold and Liz Jones, and great granddaughter; Maggie Guajardo.

Godspeed, Mom. We love you and we will miss you.

Services will be held at 11:00 am on Saturday Jan. 8th at Einans at Sunset Gardens 915 Bypass HWY Richland WA. With a celebration of life following at The Living Room Community Church 1409 S Garfield in Kennewick