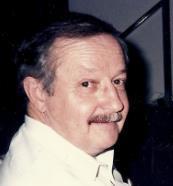 Richland, Washington – James (Jim) W. Thornton, beloved husband, father, grandfather, great grandfather, brother, uncle, and friend passed away on January 31, 2022 surrounded by his family.  He was born on June 12, 1931, along with his twin brother, in Alamogordo, New Mexico to Foster and Refugio (Samaniego) Thornton. When Jim was 3 years old the family moved to Klamath Falls, Oregon where he grew up. He attended and graduated from Klamath Union High school in 1950. In high school Jim was an athlete. He was on the track team and ran cross country.

Jim entered the United States Air Force in 1951. He was stationed at a number of Air Force bases in the south eastern Pacific during the Korean War. He and his twin brother were part of a squadron that kept the planes in the air by salvaging good plane parts from un-flyable planes to fix planes that were still flyable.  In the United States, Jim was stationed in Missouri and Colorado where he was part of Strategic Air Command (SAC).

After being discharged from the Air Force, Jim attended college at Oregon State University and joined the Lambda Chi Alpha fraternity.  He earned a degree in Mechanical Engineering graduating in 1959. While at Oregon State, Jim was the recipient of the Freshman Academic Achievement Award and the Mechanical Engineering Honors for academic achievement.  He later earned a Master’s in Business Administration from the University of Washington, graduating in 1976.

After graduating from Oregon State, he was employed by General Electric company with assignments in New York state, Pennsylvania, Washington state, and California. While working at Hanford Jim was employed by General Electric, Battelle, and Westinghouse Hanford Company. He retired in 1995 after working 35 years in Nuclear Energy Research and Development.

Jim was a community volunteer, coaching Youth Basketball, and Softball teams, mentoring young entrepreneurs as they were working to start up new businesses, performing as a board member of the Catholic Family and Child Service organization, and participating in Red Cross blood drives.  Jim was on the Board of GESA credit union for 27 years, SCORE Chair for 5 years in the ‘90s, and on the Relay for Life Committee for 8 years. He joined Kiwanis before retiring from Westinghouse and was active in all their fundraisers.  He volunteered at SIGN Fracture Care International packaging surgical supplies and instruments.

Jim loved traveling, family gatherings, and the outdoors. He was an avid hunter. Jim especially loved the yearly hunting trips with his brothers, sons, nephews, and friends. Family reunions were always memorable.  Family was important to him.

A Celebration of Life will be held Wednesday May 4, 2022 at 1:00 PM at Einans Sunset Event Center in Richland.