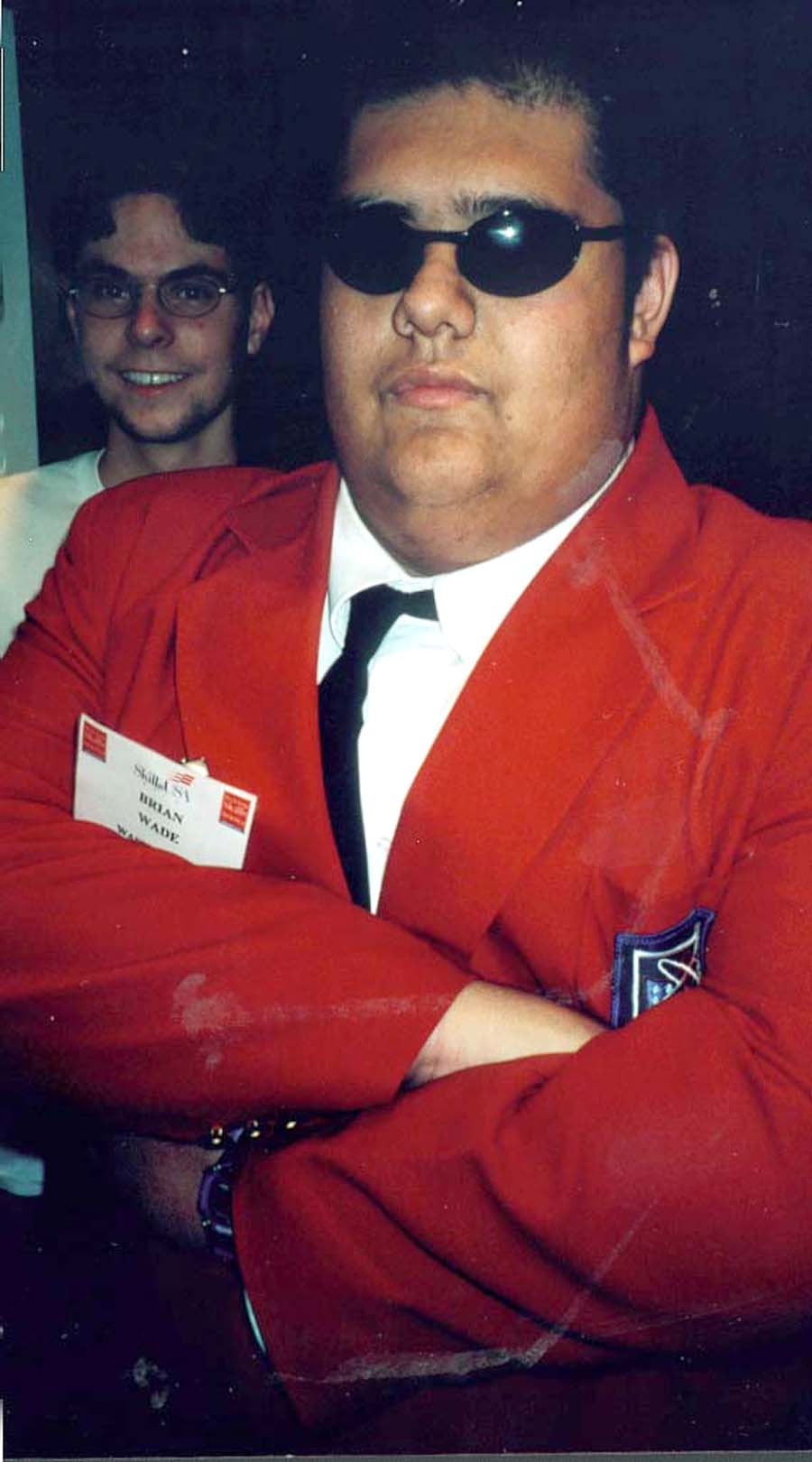 Brian Alexander Wade entered the eternal on the morning of February 28th attended by his loving mother Buena Wade and big brother Philip Wade in Kennewick, WA.  His passing brought with it sorrow but also relief that his struggle with cancer was brief.

Brian Wade was born to Daniel and Buena Wade on October 18, 1981 in Richland, WA.  He grew up in Kennewick attending Sunset View Elementary, Desert Hills Middle School, and graduated from Kamiakin High School in 2001.

Brian was a loving and caring son, brother, and friend who loved and was loved by those who knew him.  Despite his gruff exterior and occasional outburst of temper Brian was a sensitive, caring, and gentle soul.   He cared deeply about those whom he loved and  dismayed and despised dishonesty and hypocrisy.

A fan of Star Trek, Red Dwarf, Teenage Mutant Ninja Turtles, pro wrestling, anime, movies, and comedy in general Brian had a love for life and found entertainment and fulfillment in a variety of sources, surrounded by fantasy but he was never out of touch with reality.

In his last year Brian met with challenges.  The start being his cancer diagnosis in April of 2021.  He would go through chemotherapy where he would experience a traumatic brain injury because of a fall while in the hospital receiving treatment.  Brian spent a month on a ventilator, followed by several months in the hospital.  Told he would probably never walk or talk again he returned home to the care of his family.

In the three and a half months after his return home Brian struggled but persevered.  He stood his first week home and worked on building muscles to walk again.  He was working on talking and had even spoke a few sentences.  His motor control was getting incrementally better every day, and ability to read was still intact.

Things were looking up for Brian, but unfortunately his cancer returned and after a little more than a week, Brian succumbed to his illness.  Brian fought hard to live, never wanting to give up, but in the end the cancer killed him, but did not win out over him.

Brian is missed by his family.  Survived by his mother Buena and brother Phil as well as sister-in-law Breeana Wade.  Cousins Ben and Felica Hausenbuiller of West Richland.  Cousin Robert Hausenbuiller of Minnesota.  Uncle Jim and Aunt Koni of Arkansas.  Uncle Ramil Ababon of Cebu City, Philippines as well as many unnamed loving family on both sides of the Pacific.