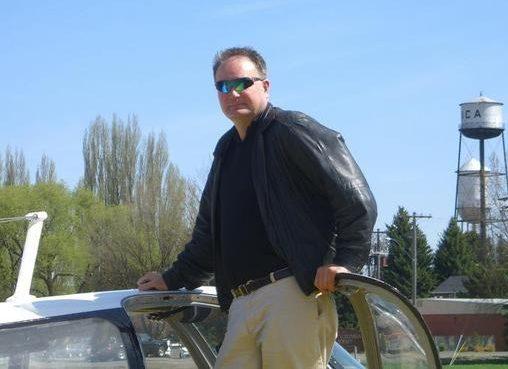 Like his unique name, Laurin Arthur Rogers was one of a kind!

He passed away February 10, 2022 in Richland, WA.  Laurin was kind and good to so many, a true Christian!   He recently stated he had “lived a blessed life.”

Laurin always loved learning but not necessarily schoolwork.  As a child he read the World Book Encyclopedia for entertainment, then quizzed the family about what he learned.  His parents report he could take things apart since he was a toddler.

He followed his Daddy around and had his own set of tools.  He learned to do household repairs, fix cars, motorcycles and engines.  At the prompting of the Popular Mechanics Magazine he attempted to recharge some batteries on Mom’s kitchen stove, resulting in batteries exploding all over the ceiling and floor.  When they both quit laughing, Mom helped him clean up the mess.

Laurin volunteered with the local TV repair shop to sweep the floor if he could hang out at the workbench.  This was particularly handy when Dad took away TV privileges by removing the tube from the TV.  Ever the clever he found a replacement tube at the repair shop and snuck it home so he could watch his favorite show, Gilligan’s Island, while Dad was at work.

The family moved to Kansas City Missouri in 1977.  Laurin studied electronics in high school and his first fulltime employment was with a two-way radio and avionics repair shop where he worked as a bench technician repairing aircraft, business band and public safety radios.  It came so naturally for him, he also did Professional Consulting for attorneys in cases involving RF Communication systems.

His firefighting career began when he was in high school and he volunteered for the South Platte Fire Protection District (Parkville, MO) in 1977.  He worked as a dispatcher as he completed Fire Science and EMT programs at Penn Valley College.

Laurin’s resume is long as he pursued adventures and occupations that interested him.  He followed in his Dad’s footsteps, when at age 21 he chose to drive semi-trucks.  He was pulling loads coast to coast, having the time of his life.  He then drove  for Trans World Airlines (TWA), hauling jet engines and parts to all major cities.

Tiring of the road, in 1995 he was hired as a fulltime Firefighter II/Fire Apparatus Operator/EMT at South Platte Fire District.  His duties included education, prevention and fire suppression along with being a certified Building/Fire inspector for over 20 years.

His next adventure was with American Tower where he was responsible for maintaining hundreds of broadcast, cellular and other wireless communication towers.  He was certified for all tower lighting and strobe system repairs.

Laurin’s passion was aviation. He began flight training in high school and continued it at the downtown Kansas City airport.  He finished flight training in Washington state and soon purchased a vintage Bonanza V-tail plane #N3705N.

After his move back to the Pacific Northwest Laurin earned Airframe and Power Plant degrees as well as an Associate’s degree in Applied Science Aviation at Big Bend College in Moses Lake.  Laurin really enjoyed working for Viper Jet in Pasco where he was responsible for designing wiring harnesses, engineering and testing of electrical systems.  This came in handy when he flew to Santa Rosa and his Bonanza suffered engine failure.  He landed, overhauled and returned home safely.  He earned an Associates in Applied Science Business Administration at Columbia Basin College in 2009. He was working towards his Bachelor of Arts in Applied Management when he was hired by the FAA.

For 12 years Laurin has been employed by the Federal Aviation Administration as an Airway Transportation System Specialist. He maintained, improved and certified national airspace equipment. As Electronics Technician he serviced RF Communication Radios, 2nd & 3rd Gen VOR/DME, lighting systems (MALS, MALSR, ODALS), PAP1, VA1 and HVAC. Specialists are the backbone of the national airspace and ensure we and our loved ones can fly safely to our destinations.

Laurin was a business man as much as he was a dedicated employee and adventure seeker.  He created Bright Lights Aviation, LLC in 2005.  He managed his successful helicopter cherry-drying business as recent as last spring.  He never stopped day-dreaming of his next project.  His latest dream was starting H3 Helicopter to provide flight training, tours & photography in TriCities.

Laurin enjoyed helping his Grandpa Gordon Schlagel on the Apple Ranch in East Selah.  In his youth he enjoyed water skiing on Priest Lake in Idaho and camping at La Wis Wis campground.

He traveled to Costa Rica in 2020, having the time of his life exploring beaches, small towns, and spent a day driving up and into the jungle of volcano Orosi. His deep-sea fishing trip, sunset catamaran, and snorkeling were good times he talked about long after.

He was preceded in death by his grandparents, Glenn and Irma Rogers and Gordon and Hazel Schlagel.

After 45 years of professional hard work he fought stomach cancer with such courage.  End of flight:  10 February 2022 at Richland, Benton County, WA.  He awaits the resurrection flight.

Memorial contributions in Laurin Rogers’ name can be made to his high school where he started flight lessons in 1976: