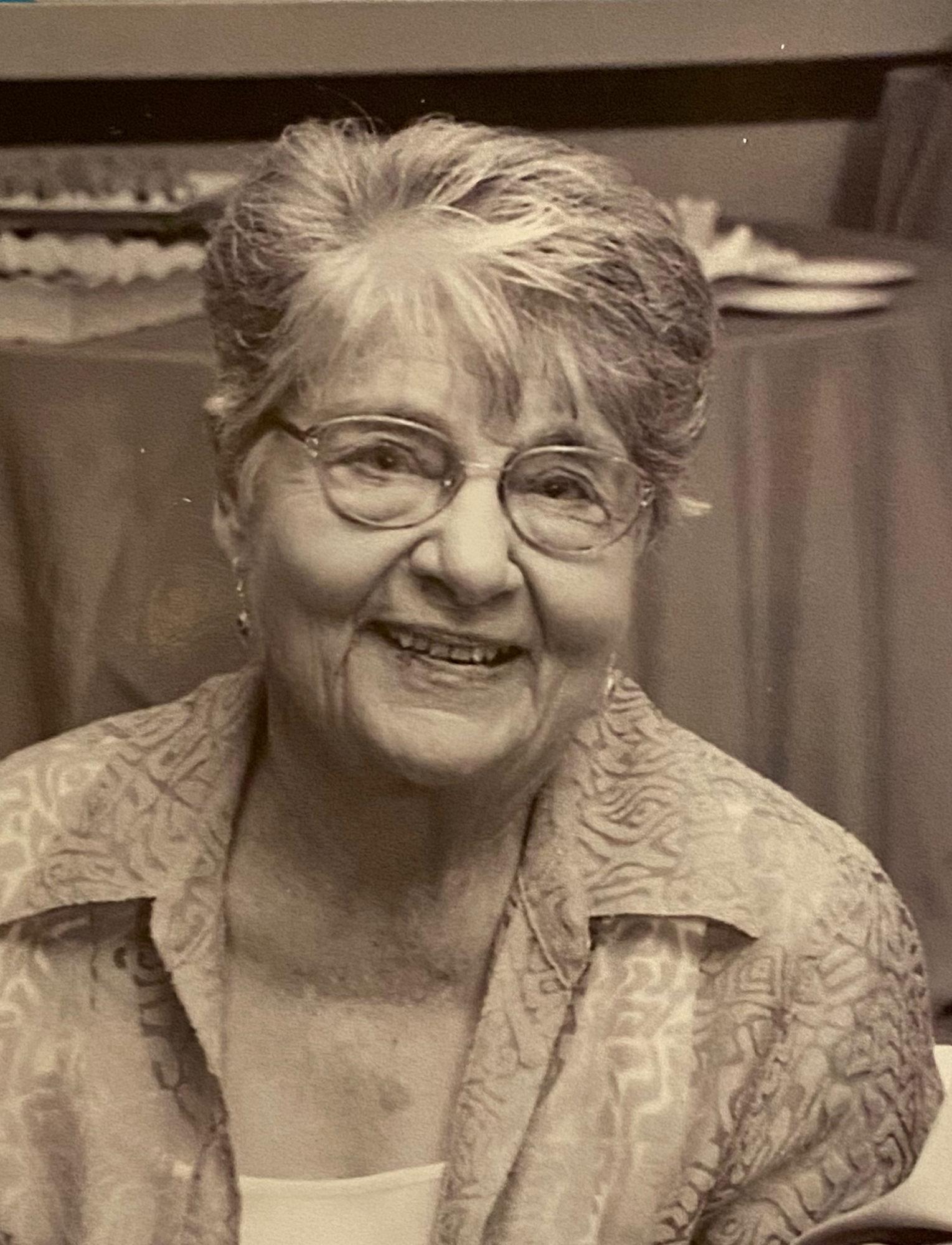 Pat passed away on Feb. 5, 2022, at the age of 88. Pat was born in Phoenix, AZ on Oct. 5, 1933, to Irene and Paul Woodward. The family lived in Buckeye, AZ. Paul was a dairy farmer and Irene was “Rosie the Riveter” during WWII. Pat had an older brother, Lynn, and a younger sister, Wanda. Pat learned to drive a tractor on the farm, rode her horse, sang songs, and loved Jock the dog. She had an extended family close by, and they often had Sunday softball games.

The Woodwards moved to Yuba City/Marysville, CA. Pat’s Mom passed away when Pat was 16. Pat assumed cooking responsibilities for the family and said she could cook anything in 10 minutes!

Pat started playing tennis while still in Arizona, then continued in California through high school. She attended Yuba College – they did not have a Women’s team there, so she played (informally) on the Men’s team.

Pat met Dan Baker while attending Yuba College. She was a lab assistant for Ralph Baker, who introduced Pat to his son Dan. Pat entered the school of Nursing at UC San Francisco, and then moved to Berkeley with Dan when they married. After Dan graduated from UC Cal Berkeley, Pat and Dan moved to Richland, WA. They were married for 67 years.

Pat and Dan had 5 children – Susanne Irene (m. Dale Moe), Julie Marie (m. Kevin Cedergreen), Lauren Kay, Janet Lynn (m. Henry Strom), and Michael Owen (m. Michelle Thomas).  Pat loved children, and always seemed to have a baby in her arms. She was active in school programs, was a Bluebird troop leader and played bridge to win. Pat and Dan have 7 grandchildren – Ashley, Natalie, Hayley, Nakota, Hank, Shelby, and Garet – and 3 great-grandchildren, Amiya, Max, and Gianni, with 1 more on the way. Pat was a great seamstress, knitter, and cross-stitcher. She sewed all the clothes for her children throughout their childhood. Pat and Dan took many family trips to National Parks and had many exciting camping trips.

After raising her children, Pat resumed playing tennis. She taught her kids how to play, then joined the CBC tennis team, then became the CBC tennis coach, where she loved working with the students and upcoming tennis players. She played in many tennis tournaments in the Northwest, and she joined a team that traveled to Europe and played in England, Finland, Norway, Sweden, and Denmark, and got to see tennis at Wimbledon.

Pat volunteered at the Kadlec Auxiliary for 25 years, and worked in reception, the information desk, the pre-surgery lounge, fund-raising, and delivered mail with Dan, who she convinced to volunteer with her after he retired. Pat and Dan received the President’s award for their dedication and service to the community.

Pat loved her home caregiver, Monica, who has been so loving and caring to both Pat and Dan. Pat was a member of Central United Protestant Church and was active in 2 small groups. Pat had a great sense of humor and was a practical joker. She loved reading, traveling, and going for drives.