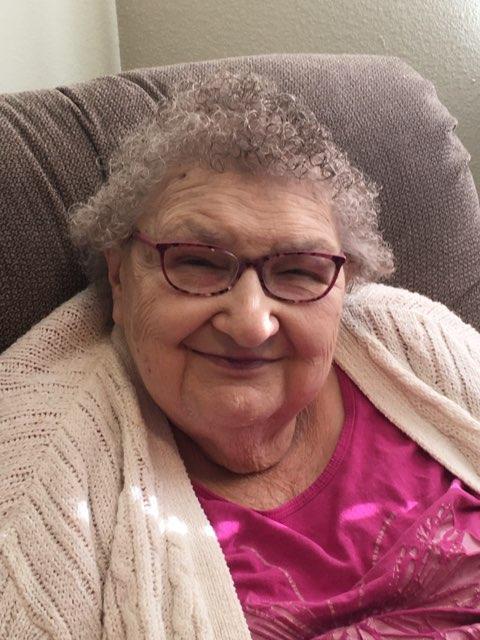 Ruth was born in Woodstock, Illinois on October 18th 1936 to Reinhold and Anna Wille.

Ruth lived in southern Wisconsin and northern Illinois most of her life, and is the last of 12 siblings. Ruth was married to Robert Giese in 1953 until his passing in March of 1976. In 1978 she married Ardon Hoel and relocated to Pasco Washington in 1980. They were apartment managers in the Tri-City area until their divorce in 1984. She married Arlen Larson in 1987 until his passing in 1992. Ruth lived in various places and had many friends wherever she lived. Ruth worked at several different convenience stores restocking and as a cashier until her retirement.

Ruth will be laid to rest in Sunset Memorial Gardens in Richland, Washington with a family only graveside service Friday, February 11th at 1:30pm.  A celebration of her life is planned after the graveside at the house of Robin and Don Giese who reside at 2718 Rd 60 Pasco, WA from 2:30-5:00. Everyone is welcome to come and share memories.