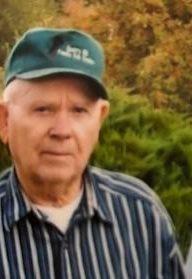 He was a wonderful father, brother, uncle, grandfather, great-grandfather, and friend to many.

He had numerous jobs throughout his life and could reportedly learn how to run any piece of equipment or tool just by watching someone operate it once. At an early age he worked in the fields of the Willamette Valley, Oregon with his family as they harvested crops. This is where he learned the work ethic that would stay with him his whole life.

He was a logger, a grain elevator constructor, an equipment operator for Klickitat County, a welder, an aluminum plant worker, a farmer and a rancher. He was also famous for his work as a well-witcher, continuing this work into his 90’s.