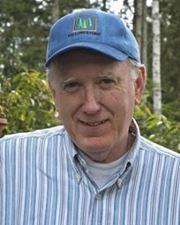 William (Bill) Parker was born in Saginaw, Michigan on September 28, 1940 and passed away peacefully in Richland, Washington on March 26, 2022. Bill grew up in Michigan and spent much of his youth playing and swimming on the shores of Lake Huron with his brother Phil. He served 4 years in the US Army as a young man and taught electronics during his time there. He graduated from the University of Washington with a bachelor’s degree in forestry in 1975. He worked hard every day to provide for his family and spent 3 decades at the Boeing Company until his retirement in 2005.

Bill loved music, he played trumpet as a teenager and then picked up the guitar, brass and mandolin as an adult. He played and performed bluegrass band called Caravan in the early 1990’s. In later years he was heavily involved with the Washington Old Time Fiddlers association and loved organizing their big yearly workshop in Kittitas, Washington. Bill was a brilliant photographer and has had several of his photos published. He loved the outdoors and his photos are beautiful captures of the scenery he found in his travels all over the Pacific Northwest.

Bill was a devoted and very active member of the Church of Jesus Christ of Latter Day Saints and followed its teachings every single day. The last several years of his life Bill was devoted to his genealogical research as well as volunteering and assisting others in their family search quests. Bill was a loving, kind, compassionate and selfless man who loved his family more than anything in the world.