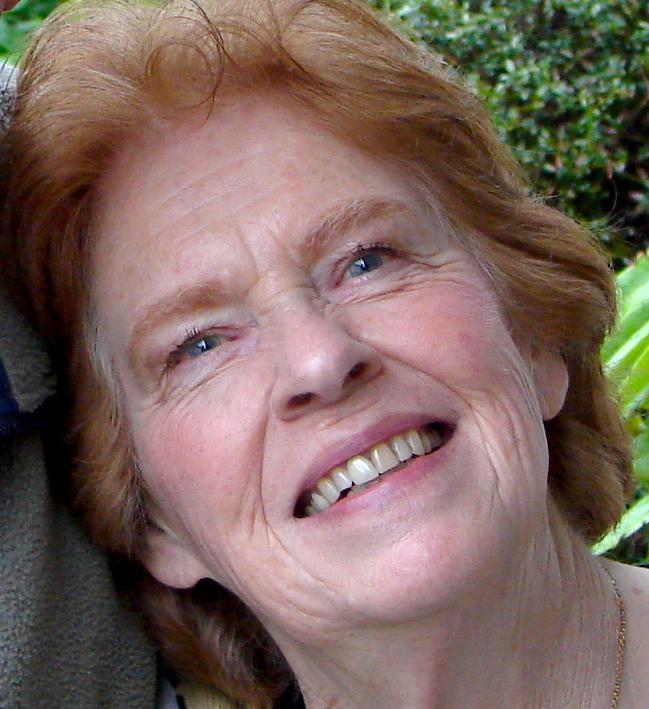 Her heart will always be a resident of Hood Canal and Skagit Valley.

Janet Brown is pre-deceased by her eldest son, brother, parents, grandparents, fond  relatives, and dear friends.  She is survived by her husband of 66 years, three sons and one  daughter,  a brother,  many in-laws, grandchildren and great-grandchildren, nieces and  nephews, cousins, and quilters.

Janet went peacefully to her eternal rest on a beautiful Spring morning at home surrounded  by family.  Her garden flowers opened and sang her praises, celebrating the colorful  Redhead who expertly crafted Home for nearly seven decades.  Together, the Browns  literally built an oasis in the desert.  They raised five children whose work has changed the  world through their collective impact.  Janet Brown was a Proud American, a Proud Parent (of multiple Eagle Scouts), a local leader in Campfire Bluebirds and Boy Scout activities. She was a Quilter extraordinaire.

Janet grew up on the west side of the mountains and graduated from BHS where she was  honored by selection for Girls State and Rainbow Girls “Worthy Advisor.” Janet attended  WSC in Pullman majoring in Home-Ec.   At a campus card dance, she met her future  husband who grew up in the Tri-Cities.  The couple briefly lived in the Midwest and  California before building their home in the Tri-Cities.  Janet was a Junior Women’s League  member and the family was active at local Protestant churches, including Southside,  Westside, and C.U.P.

An expert in sewing and textile arts tools,  Janet loved the way color and light danced  together with texture in a quilt.  For a time, she greatly enjoyed working short shifts at the  local Fabric Store.  “Color was what I loved to do” Janet said about the experience, “I just  loved working with the yarn because of the colors.” She was also a Training Consultant for  Bernina Sewing machines sales, and she gave presentations as a Clothing Textile Advisor  for the County Extension Service.

A creative force in the early days of Tri-City Quilt Guild, Janet Brown convened the “Quilt &  Lunch Bunch” in 1985 where, for decades she hosted many a quilter and numerous other  past Presidents of the Guild on Monday afternoons. Janet had great joy in working with this

group of fabric artists during many Quilter Retreat trips to Leavenworth, and cross-country  road trips to Paducah’s National Quilt Museum.  With family she explored Canada,  Yellowstone, the East Coast, and Amish Quilts in PA.

Janet had a keen ear.  She experienced classical music so deeply it brought tears, especially piano.  She could locate all 5 children simultaneously (and discern trouble underway). She  was good in a crisis and tended to many an emergency (“Don’t bleed on the gold rug!”)  She  loved opera and figure skating, and a perfect round sugar cookie.  She loved animals,  children, and travel.  (Never enough!)  She made dozens of quilts with her initials in the  corner, gifted to loved ones and cherished by all.   Nothing made Janet happier than a new  outfit (color-coordinated), a grand pattern, a perfect stitch, the feel of fabric, the joy of  optimized symmetry, the quilter’s creative process and product.

Janet anchored the family.  Like (and often with) her mother and grandmother,  Janet Brown was a strong leader orchestrating large teams as they created amazing Home  experiences highlighted by Holidays.  Janet especially loved Christmas and Santa.   Generations of children have magical holiday memories because of Janet and her team.  As  new babies joined the extended family, it was exciting for Janet to envision each unique  personality.  Janet was thrilled this past holiday season to greet great-grandchild #8 to personally gift her with her handmade baby quilt.

On her 80th birthday, a great many gathered for a grand celebration of her life.  At home,  near the creek in the desert, a special quilt was presented to Janet.   Made from individual  quilt blocks brought to the party by guests, the quilt was named “Janet’s Garden” and  stitched together on the spot. Synchronously, the family yard was in bloom for a perfect  joyous moment.  In her precious lifetime, Janet held close 5 independent children, 4  exceptional grandchildren , 8 amazing great-grandchildren, and many loving relatives and  friends.  In her final days, she remained thankful for everyone’s participation, and with the  greatest attention and care, Janet’s family returned to her the love and devotion she had  sewn and sown.

Janet’s loving spirit is in the quilt that keeps us warm at nap, and in the crackle of a bright  wood fire.  Janet’s brave & energetic spirit is with us in the garden, where she embraced  hard work, no match for a stubborn weed or hot summer day.  (“Wear your Sunscreen !! “)   Janet’s creative spirit is with us in a fun recipe, the joy of fashion, a fine design, a delicious  date pinwheel, and the urge to make it better.

The fruits of Janet’s Garden of Life will gather privately where we will all share a spoonful of good custard, “just a little bit more, please.”

In lieu of flowers, cherish each other, and plant something today.

Much gratitude to Tri-City Chaplaincy Hospice whose help was a blessing following a period of declining health. Memorials may be directed to Lymphoma and Melanoma research, Hospice, and Columbia Basin Dive Rescue.

Private Services to be held.