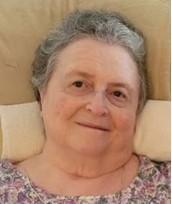 Kennewick, Washington – Marilyn Ann (Hopkin’s) Ladd, youngest of six children of Walter and Mary Hopkins, was born on October 8, 1945 in Anderson, IN, Her family later moved to Pendleton, IN where Marilyn attended school for 12 year’s and graduated from high school in 1963, the same year she accepted Christ as her savior. Mother’s life was about her faith in God, whom she honored and served until her death.
She went to work for an oral surgeon after high school and during that time she met her husband Eldon Ladd. She married the love of her life and moved to California and they began their marriage at Camarillo, CA. She earned her license as a psychiatric technician where she worked for hospitals in Camarillo and San Jose for seven years.
She became a mother at the age of 26 in San Jose where both her children were born. The family later moved to Colorado Springs, Denver, CO, Sunnyvale, CA, and finally settled in Richland, WA. Mother taught her children to develop a deep and abiding faith in God. Her passion was reaching out to the sick and afflicted. She ministered to them through encouragement, and preparation of meals.
She is survived by Shelley Chow (daughter), Ron Chow (Shelley’s husband), Darin Ladd (son), and Kaan Ladd (grandson). She was preceded in death by her husband Eldon Ladd, Walter and Mary Hopkins (parents), Marshall (brother) and Betty Hopkins (Marshall’s wife), Donna (sister) and Wayne Renicker (Donna’s husband), Dennis Hopkins (brother) and Betty (Dennis’ surviving spouse). Surviving siblings are Virginia Fisher (her spouse Melvin (deceased)), and Barbara McGee (her spouse Roy (deceased).
Marilyn was an inspiration and an encouragement to all that knew her. Her greatest emphasis was becoming a mother. Motherhood is a choice to become one of the greatest spiritual teachers there are. Few callings are more honorable. There’s no other love like a mother’s love. Her heart was filled with care. With Christ as her example. Her Savior’s love she will share. A mother’s love is endless. Not changing for all time. When needed by her children, a mother’s love will shine. When days on earth are over, a mother’s love lives on, through many generations, God’s blessings on each one. Be thankful for our mothers, who live with higher love. From power God has given, and strength from up above. Much love sweet mother, you will be greatly missed by your entire family.