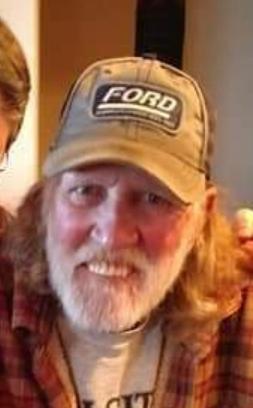 Mark Preston passed away suddenly from cardiac arrest after recently diagnosed heart issues.  He was born in Tacoma, adopted by Harry and Sig Preston, and brought home to Richland on Apr 21,1956.

He attended kindergarten and 1st grade at Spaulding Elementary and the remainder of grade school at Jefferson Elementary.  He went to Chief Joseph Jr. High, 1 yr at Col. High, and was in the first graduating class (1974) of the newly built Hanford High.  He wasn’t the best of students, but he graduated, which made his mother happy.  He took 1 yr of diesel mechanics courses at Columbia Basin College.

Mark belonged to the Cub Scouts and Indian Guides. He spent summers swimming and boating off the family dock on the Columbia River.  As he got older, he spent more time riding and working on motorcycles and fixing up whatever car, van, or truck he was driving.

Mark enjoyed racing of all kinds. The hydroplane races were an annual family affair, and he loved going to Tri-City Raceways with his dad and sister as a kid.  He raced motocross for a while (until he got tired of all the injuries), entered cars in the local demolition derbies, and was an avid NASCAR fan.

After high school, Mark worked odd jobs until he joined the US Army in Jan 1975. He went to boot camp at Ft. Ord CA and was stationed at Ft. Lewis WA and overseas in Germany. He served as a Specialist 4 in a transportation battalion driving tractor trailer and received an honorable discharge in Dec 1977. He later served as a Sergeant in the WA State National Guard from Feb 1985 to Mar 1992 driving an M88 tank retriever and tractor trailer.  He won several safe driving awards.

After working various jobs as a laborer, equipment operator, and mechanic apprentice, Mark finally found a permanent job driving truck with Central Pre-Mix Concrete Co. in 1992. He worked there until 2014 when his part of the company was sold, and he decided to retire. He received many safety awards in spite of working long hours in uncomfortable weather conditions.

Mark was married twice before he found his partner of 11 yrs, Lynn Huggins, and her son Wyatt. They helped turn his house into a home. Lynn’s extended family graciously welcomed Mark’s mom and sister to their holiday gatherings.

Mark was a picky eater, but he loved his mom’s fried chicken. For years she would fry up a whole chicken for him to pick up on Sunday to have for his lunches the next week. Fortunately, Lynn knew how to fry chicken the way he liked it.

Mark was a homebody. After retirement, he spent his time hanging out in his shop, watching TV (mostly reruns of old westerns and shows he watched as a kid), visiting with the neighbors, or hanging out at the Village Tavern.

He was preceded in death by his dad, Harry Preston. His mother, Sigrid Preston, died 11 days after Mark.

Mark was an organ donor and his last selfless act was to provide his corneas to others so they might be able to see the world that he now leaves behind.

Mark was rarely seen without a baseball cap. We ask that everyone who knew Mark wear their favorite baseball cap to honor him during his Celebration of Life.

In lieu of flowers, memorial contributions may be made to a veteran’s organization or charity of your choice.