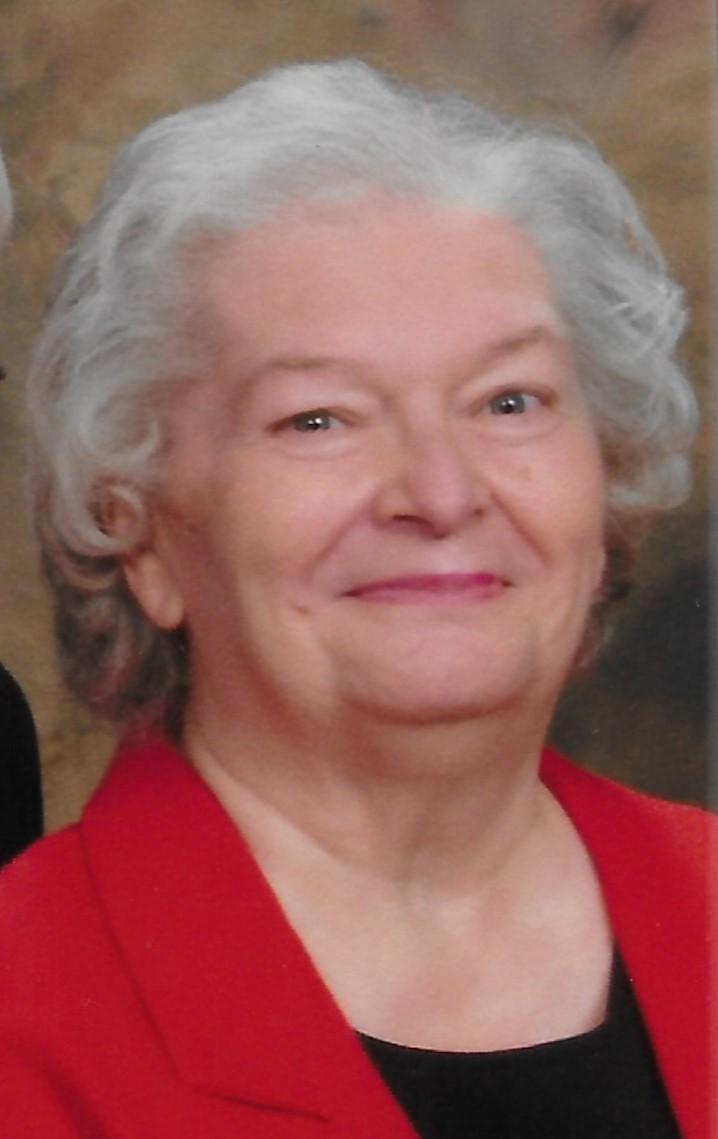 Myrna Louise Potter Palmer completed her mortal journey on Friday, May 27, 2022, at age 87.  Her life was characterized by love, service, faith and steadfastness. Throughout her life she continually served her family and those around her.  Her husband, children, and grandchildren were her greatest joy and they always knew by her words and actions that they were loved and cherished.

Myrna was the third of five children born to Lawrence and Zenneth Potter on July 12, 1934.  She grew up in Pocatello, Idaho, where childhood days were spent in the house, yard and neighbors, playing with friends and cousins.  She enjoyed train rides which were available through her father working for the Union Pacific Railroad.

As a youth, Myrna enjoyed singing in the Glee Club, taking tap dancing, and baton lessons.  She learned to play the French horn and enjoyed performing at the Junior Music Club.  She would pick potatoes by day and go to parties and play games in the evenings.  She enjoyed her life.  She graduated from Pocatello High School in May of 1952.  She attended many teas, parties and proms.

After graduation she spent the summer working at Big Springs, Idaho, for a local doctor’s family, housekeeping and fixing meals, with some time for relaxing on the lake.  She learned how to square dance and round dance.  She worked as a car hop at the Stauffer’s Drive In.  She then started working for the TB Mobile, and eventually for the Ralston Purina Company, typing and bookkeeping.  Around this time, she met a wonderful, tall guy from Inkom, Idaho, named Earl Palmer.  She met him at a dance at Deleta.  After their engagement, Myrna and Earl were married in the Idaho Falls Temple August 20, 1954, an experience she said she would never forget.  Earl was offered a job by the General Electric Company at the Hanford Project and they moved to Richland, Washington, in January 1956.

Myrna and Earl raised five children.  Myrna was happy to be a stay-at-home mom to be there to support her husband and raise her children.

Myrna is a member of the Church of Jesus Christ of Latter-day Saints and held several callings, including Relief Society President. She spent many years working with the Young Women’s Program, which she loved.  Through her callings she became an expert of the 72-hour emergency preparedness program, which she presented at a convention in Salt Lake City, Utah.  She also served a mission with her husband in Romania from 1994-1996.  She is also a life-long member of the Daughter of Utah Pioneers – Camp Sage & Sand, Benton Company, Richland.

She has persevered through many health issues over the last two decades and is now resting peacefully.  And while we will miss her, she has returned to a happy reunion with friends and relatives on the other side.

In lieu of flowers, please make contributions to The Church of Jesus Christ of Latter-day Saints Humanitarian Fund or Missionary Fund.