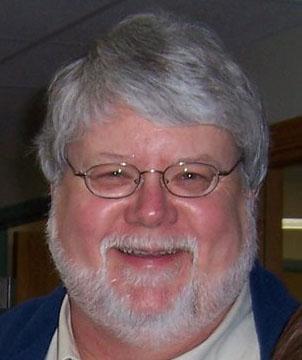 In the early hours of May 16, 2022 our good friend, Robert Steven (Steve) VeHaun, passed away. He was born July 2, 1952 in Spartanburg, South Carolina. Steve was the third child of Mary and Walter VeHaun, joining his sister, Sharon Letitia (Tish) and brother, Walter Bernard, Jr. (Bernie). In 1955 the family moved north to pursue more opportunities, first to Portsmouth, OH, then to Pittsburgh, PA. Steve’s younger sister, Mary Katherine (Kathy) was born in 1956. After short stays in the South Park area of Pittsburgh and then a move to Maryland, the family returned to Monroeville, PA and planted roots. The neighborhood where the VeHauns lived was full of families, and Steve made lifelong friends there. He graduated from Gateway High School in 1970. Due to the COVID pandemic, his class’s 50th reunion was postponed until 2021 and Steve traveled to the event and received the prize for “coming the farthest”. He loved the time spent with his “old” classmates.

Following his high school graduation, Steve attended Penn State University. When his family relocated to Kennewick, WA in 1971, Steve chose to stay in Happy Valley to continue his college career, couch surfing for a few years. He graduated from Penn State with a degree in Marketing. Following graduation, Steve stayed in Pennsylvania for a time and hung out with his buddies who happened to be musicians. “Ve” as they called him, worked as a “roadie” for their band, Sweet Pain. The group toured PA, OH, NY and Canada and in the time together they all formed lasting friendships.

Eventually, Steve moved to Washington to reconnect with family and to pursue a career at Hanford. He was hired by Westinghouse Hanford in 1977 to be a Reactor Technician at the Fast Flux Test Facility (FFTF) that was under construction. Steve was an integral part of the FFTF Operations department during construction, sodium fill, initial criticality, operation, shutdown defueling and decommissioning. He rose in the Operations ranks from Technician to Chief Operator/Engineer and Refueling Engineer. Steve made many friends at FFTF and he considered them his family. It was mutual. After his retirement, Steve was instrumental in organizing FFTF get-togethers.

Steve was an avid reader which started with comic books when he was a child. While his taste in book genres was varied, he particularly enjoyed mysteries.  Historical, technical and classic selections rated high with him, too. It was a good day when Steve discovered that the print on a Kindle could be enlarged for easier reading.

Growing up, Steve had a special fondness for his Mom’s southern desserts, especially the banana pudding, chocolate pound cake, and Irish potato cake. As an adult, spending time with his many friends was most important to Steve. Whether it was fishing, hunting, waterskiing, camping, enjoying many a pig roast, or sharing holiday meals with friends, Steve loved it all and always felt like the “more the merrier”.

Steve was preceded in death by his parents. He is survived by his brother, Bernie, sisters, Tish and Kathy, his FFTF family and his numerous collection of lifelong friends. He will forever be missed by so many. A celebration of life is planned at a later date.