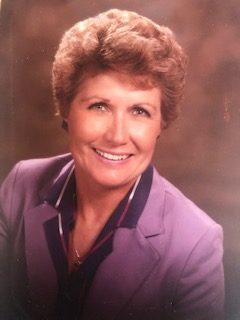 Zelma Fulton Miller, 89, passed away June 7, 2022.  She was born and raised in Gering, Nebraska, with her family of nine. She married her life-long love, Kenneth “Ken” Miller who always said it was the best thing he ever did other than having two children, Lee Ann and Kenneth Allen. They were married 63 years before Ken’s passing and were partners and best friends in everything they did.

Zelma and Ken began their agriculture career in Wyoming. With a “nothing ventured, nothing gained” attitude, they decided to move to eastern Washington to break ground on a new farm in 1962. They packed the kids and home belongings their car and truck and shipped their farm equipment. Ultimately, Ken’s parents, brothers, friends and families followed them to Washington. After four years farming in Othello, they seized the opportunity to purchase property in Block 17 outside of Pasco where they turned sagebrush and sand dunes to a thriving farm with sugar beets, corn, alfalfa, wheat, potatoes and raised cattle. Zelma, a small, spry woman, made a big impression on others when she drove and unloaded the sugar beet truck better than most. No job on the farm was too big for her including operating farm equipment, herding cattle and overseeing the hired help. Zelma organized the local chapter of Women Involved in Farm Economics (W.I.F.E.) a national organization that influenced agriculture issues through education and legislation.

In 1980, the Millers sold the farm but kept the family home and became vocal leaders in the farm community. Zelma supported Ken and provided her opinion during his tenure as Franklin County Commissioner. In addition, she sold real estate for several years. Later they retired and moved to Desert Aire where they enjoyed golfing, fishing, and traveling to Hawaii with their Nebraska and farming friends. In 2005, they moved back to Pasco to be closer to family and friends and developed new friendships at Sun Willows.

She was survived by her son Ken (Karen), granddaughter Kendra (Jason) and great grandchildren Knox, Harper, Graeme, Stella and Bate. She was also survived by her brother Jack Fulton, sister Janice DeBoer, in-laws WIlbert and Sue Miller, Alvina Miller and many nephews and nieces.

In lieu of flowers, the family requests donations be made to Chaplaincy Hospice House whose support and kindness is greatly appreciated. Or to the Rivkin Center, a nonprofit organization founded by Dr. Saul Rivkin (Lee Ann’s doctor) to raise funds for ovarian cancer support and research. A celebration will be held 1:00 pm, Sunday, June 12 at Tri-Cities Tap and Barrel, 112 Keene Rd in Richland.