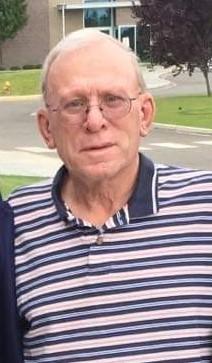 James P. Hartung passed away July 2, 2022, at Kadlec Hospital surrounded by his loving family. Jim was born to Benjamin and Reona Hartung on August 4, 1943, in Billings, Montana.  Jim has spent the last 36 years in Tri-Cities, living in West Richland for 16 with his beloved soul mate of 33 years, Denise Maxwell.

He was a devoted union worker, for many years, as an Asbestos worker for Local 82 Spokane, Washington.  His favorite hobbies were golf and cribbage; but his proudest moments were spent playing and winning many cribbage tournaments around the country. He has numerous plaques and awards from each win.

Jim is survived by, Denise Maxwell, step daughters, Tracy (Reid) Davis, Jamie (Dave) Bock, his daughters, Barbara, Dawn and Lori; as well as, his many grandchildren and great grandchildren. And of course, his loving fur baby, Sweets.

Jim was preceded in death by his parents, Benjamin and Reona, brother Charles and sister Beverly, and his daughter Julie.

There will be no service at this time, but the family will have a celebration of Jim’s life at a later date.

We will miss his stories, his laughter and his loving smile. We know he is in heaven playing with all his cribbage mates.