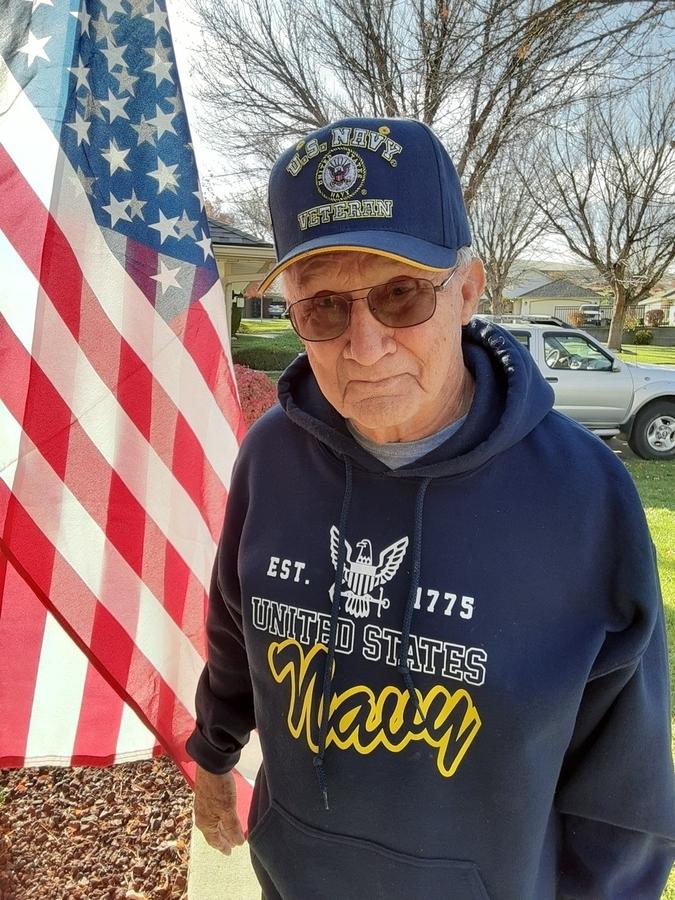 Walt was born in Clearfield PA to Donald Charles Hawkins and Vivian Maude Peters.  He was preceded in death by brothers Jack Donald Hawkins and David Charles Hawkins.  The family moved to Miami FL when he was 10.  He graduated from Miami Edison High School in 1955.  He then joined the Navy along with his brother Jack and they served together on the USS Yorktown and the USS Bon Homme Richard until 1959.  His brother Dave retired from the Navy as a submariner.  He was a proud sailor and kept and displayed all his Navy memorabilia and wore his Navy hat until his last days.

He married in California and had three children, Dennis Scott, Donald Allen, and Lisa Ann.  They moved to Colorado Springs and he began a career in electronics as head of the machine shop and manufacturing manager at Ampex Coporation.  He was divorced.  Walt married Barb Kent on February 14th, 1986, and they blended two families Dennis and Deb, Lisa and Rob Hart and Barbi and Jeff Kent.  His son Don and Barb’s daughter Barbi married on April 5, 1986.  He retired from Ampex in 1987 and went to work for Comptronix until 1994.  He and Barb moved to Boise ID in 1994 for Barb’s job at US West and he joined the Plantation Country Club.  He went to work at Preco until 1999 when he reached 62 years old.  the family started migrating to Seattle and Kennewick WA.  Barb and Walt moved to Desert Aire WA in 2004 to be closer to family.  He was president of the Sagebrush Senior Center and worked at the Desert Aire Golf Course.  Walt was a hard worker, a loyal friend, a hunter, a fisherman, a golfer and so much more.  His nickname was PEP.  He built models and tied flies and made fishing lures.  He was loved and looked up to by 6 grandsons Chris, Patrick, Seth, Jeremy Hawkins, Danny Hart, and Cameron Kent and 2 granddaughter Carter Kent, 6 great grandsons Kyler, Andrew, Ethan, Blake, Clayton, Logan and 3 great granddaughters Karsynn, Gracyn, and Sydney Hawkins.  He was Dad, Pop, Papa, Brother Pep, Brother Walt, Uncle Pep, Uncle Walt and most of all a loving husband.  He adored Barb and made her the happiest girl in the world.  He will be missed and will live in our hearts forever!