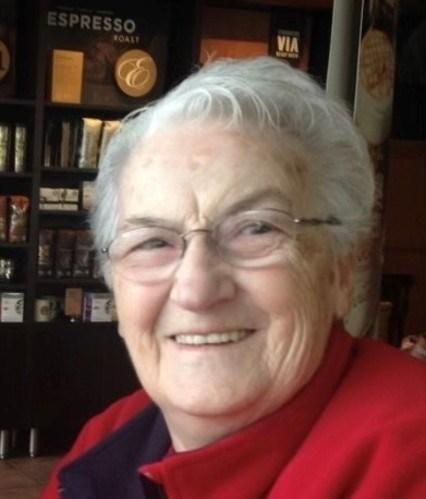 Born November 7th, 1930, to Mann and Hazel Rowley in Yuma County, Colorado. As a child, Zola lived in the Sand Hills, North of Wray, CO, where her Dad taught school in a one-room schoolhouse that she attended up to 6th grade. After moving to the Cedaredge area in 1944, Zola spent her childhood in rural Colorado with her brothers and sisters playing and working the family farm.

When Zola left for college, she was greatly missed and her visits home were looked forward to, even the farm cowdog would hear her vehicle coming a mile away and let everyone know. Over the years, Zola was often contacted by her sisters for advice or just to talk, as she was greatly admired by them for her loving heart and caring interest in their lives. Most recently, a very special time with her in 2018 when sisters Jane & Donna, and husbands took her to the Oregon Beach for a visit.

Zola graduated from Cedaredge High School in 1948. She received her Bachelor of Science from Colorado State University in 1953. Following in the footsteps of her father, Zola taught high-school home economics. She married the love of her life, Linden A Pember, on August 10th, 1957. In 1962 Linden and Zola moved to the Tri-Cities, Washington area and where they raised their family and were involved in the Presbyterian Church. Zola was an elder of the Meadow Springs Presbyterian Church in Richland, WA. She was also on the National Presbyterian Women Committee and assisted with national conferences.

Later in life, Zola was an avid sudoku player and loved puzzles. She loved everything chocolate. She especially loved when the local donut peaches were in season at Ray French Orchard in Richland, WA. She adored her family, especially her grandchildren and great grandchildren. Zola was a beloved daughter, sister, mother, grandmother, and aunt, who was strong in her love and faith in God and will be greatly missed.

Memorial Services will be at 2:00pm Saturday August 13, 2022, at Meadow Springs Presbyterian Church in Richland, WA.

Graveside services will be at Cedaredge Cemetery, Cedaredge, CO in the Spring of 2023. Internment will be there in the family plot.

In lieu of flowers, donations can be made in Zola’s honor to: Meadow Springs Presbyterian Church, 325 Silver Meadows, Drive, Richland WA 99352.